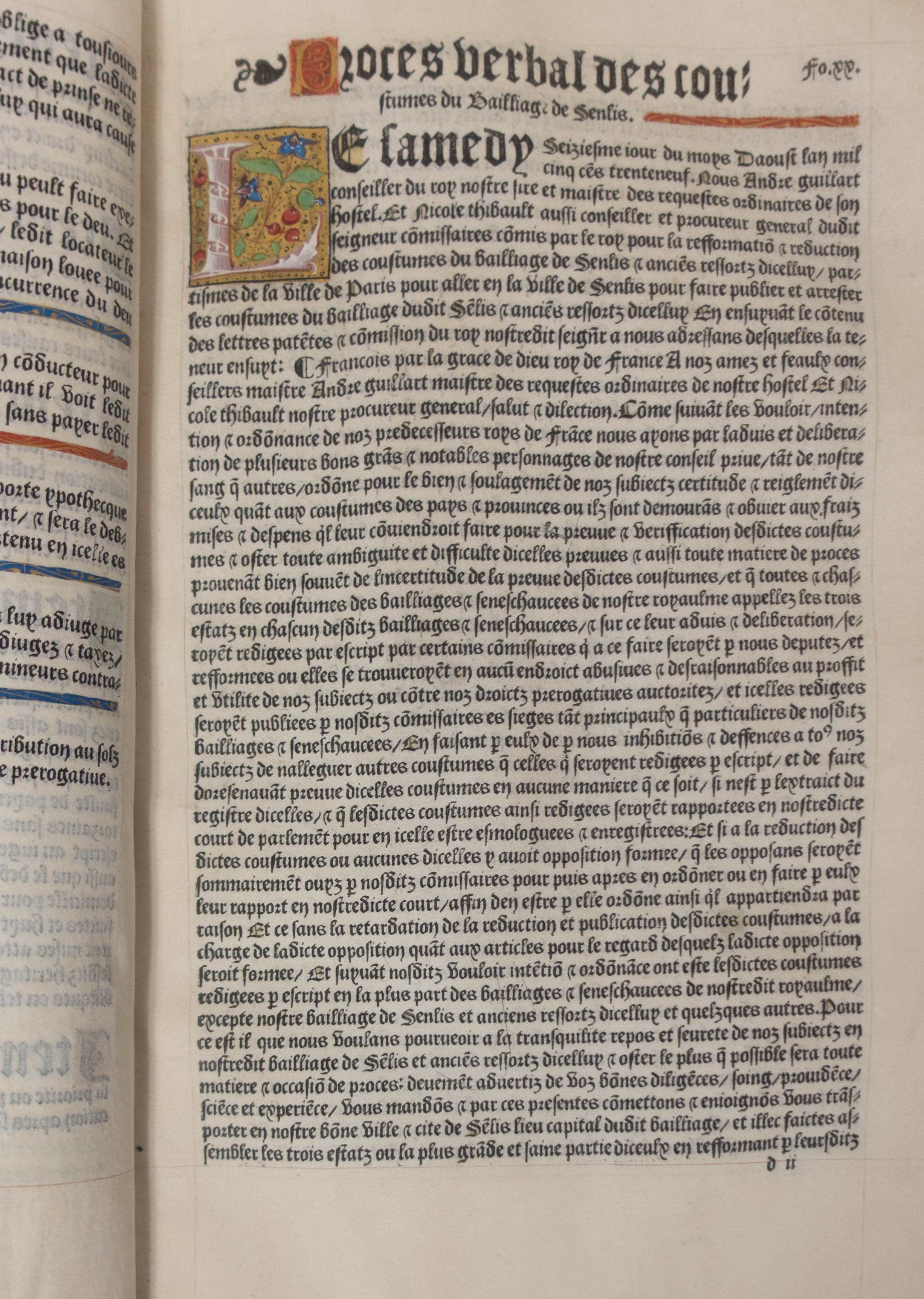 From one of the great private law libraries of late eighteenth- and early nineteenth-century France – the Bibliothèque du Château de Razat – this copy of the customary law of Senlis is one of only two recorded in the United States. First redacted in 1506, and reformed in 1539, the coutumes of Senlis were among the earlier customary laws to undergo the redaction process that fixed the orally-transmitted law in written form. This copy is printed on vellum, in gothic type, with rubricated and illuminated initials and decorations.