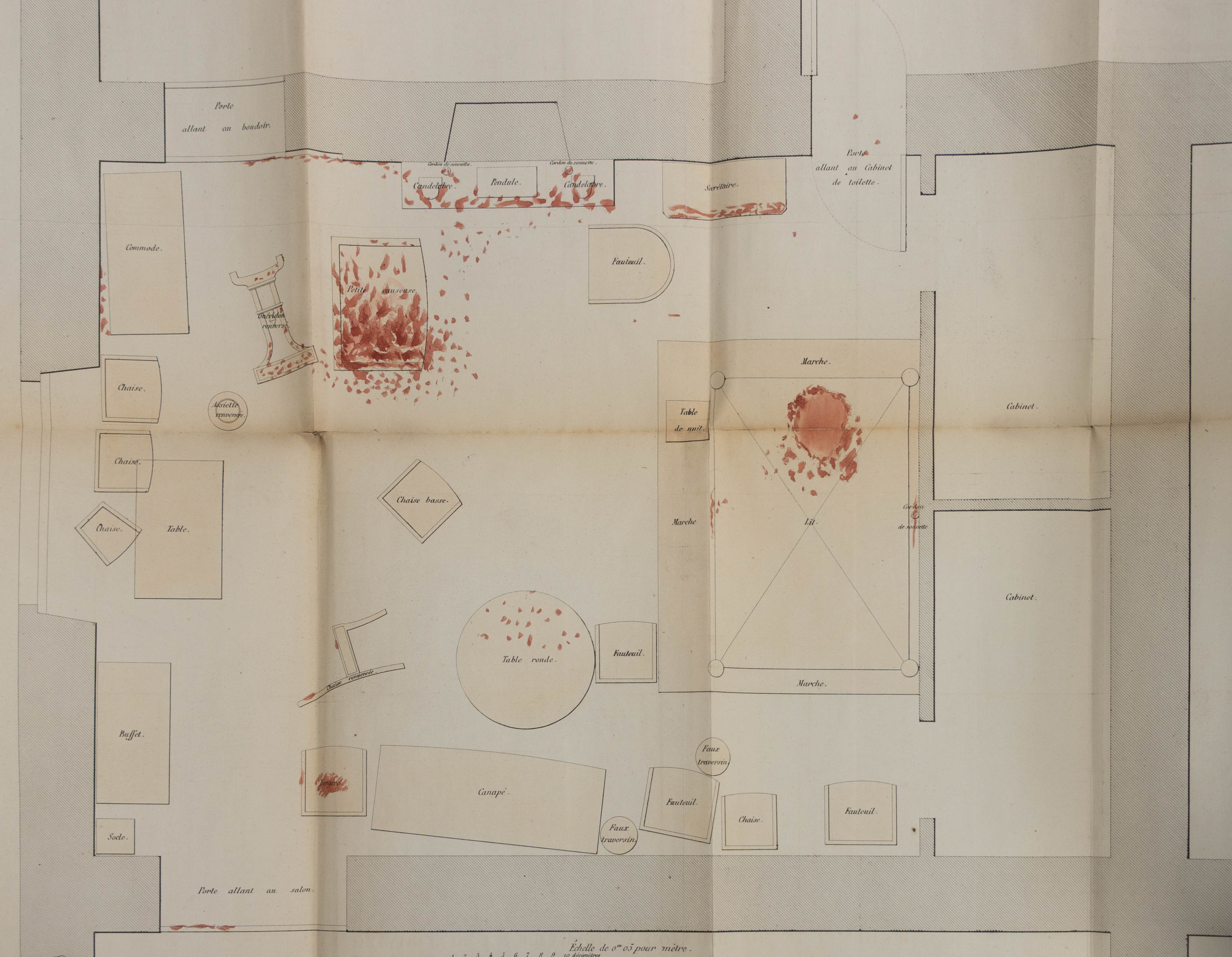 
This collection of inquest documents uncloaks the scandal of the Duc and Duchesse de Praslin for modern scholars.

The unhappy marriage of the Duc and Duchesse showed no signs of improving. Then, a scant month after the Duchesse dismissed their children’s governess (whom she suspected her husband had taken as his mistress), the Duchesse was found murdered in her bedroom (the bloody evidence of her desperate attempts to escape her assailant is depicted here in graphic detail). The Duc was arrested, but took arsenic and died before trial. As news of the scandal spread throughout France, the people’s distaste for the aristocracy grew. Louis-Philippe’s July Monarchy, already weak, fell by revolution in 1848, with the Praslin murder as one of its immediate causes.

The case marked the first time a microscope was used to examine a weapon used in a crime (by the noted pathologist Auguste Ambroise Tardieu). The affair also served as inspiration for twentieth-century entertainment, first as a book, and then a movie starring Bette Davis as the governess and Charles Boyer as the Duc: All This and Heaven Too.