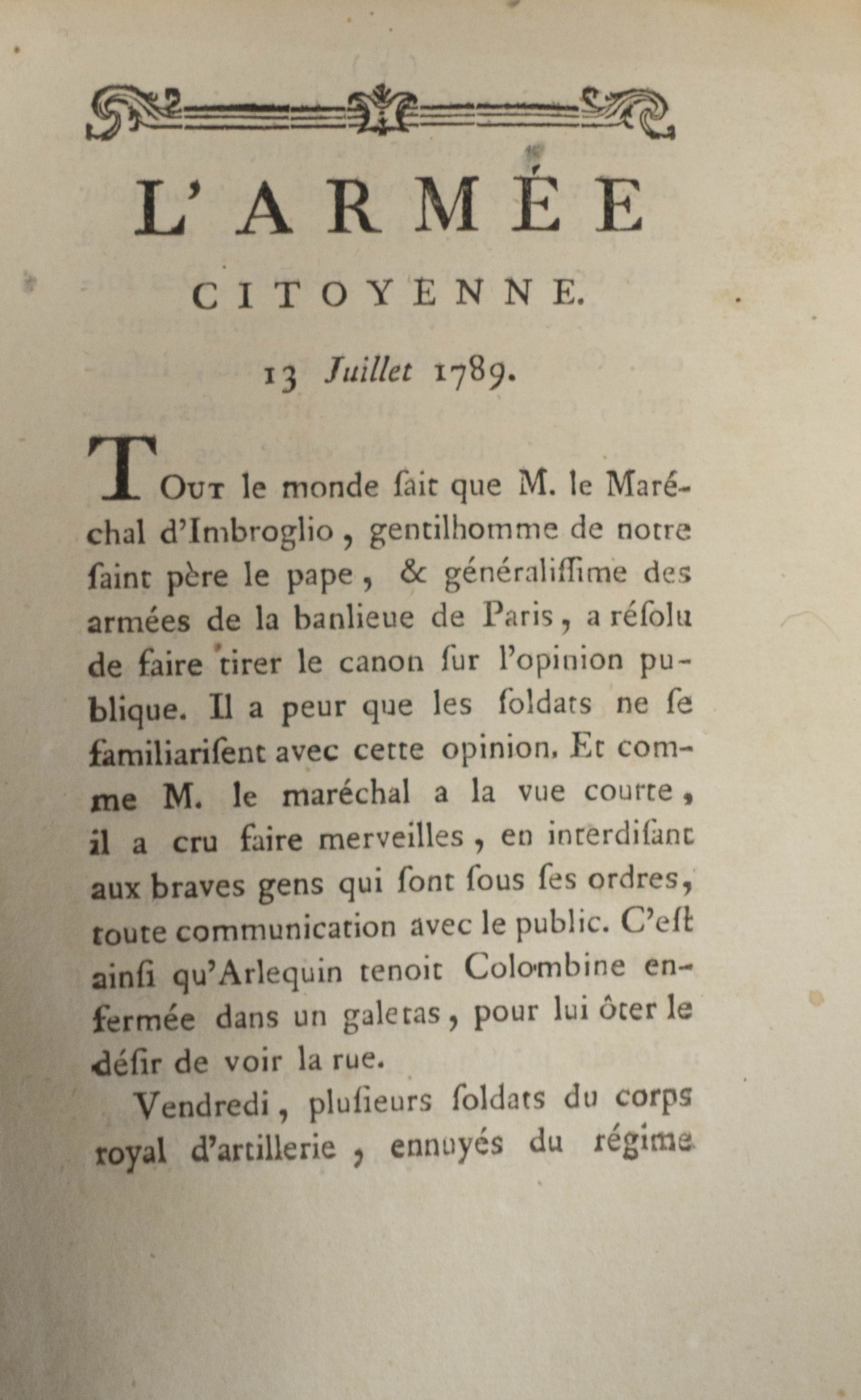 The Declaration of the Rights of Man championed the free communication of ideas, including the freedom to print, signaling the end of royal censorship. But before that moment, a torrent of pamphlets had washed over France as popular discontent reached a tipping point, and restrictions on printing fell away. Today these pamphlets form a major corpus of sources for the study of public opinion during the French Revolution. This pamphlet, issued on the eve of the storming of the Bastille, illustrates the urgency, satirical perspective, and people’s voice typical of many Revolutionary pamphlets (which often were anonymous, libelous, or pornographic). It paints a vivid picture of royal troops mingling merrily with the people, mocks one commander of royalist troops (the Duc de Broglie is now “le Maréchal d’Imbroglio”), and depicts a populace primed to challenge royal authority.