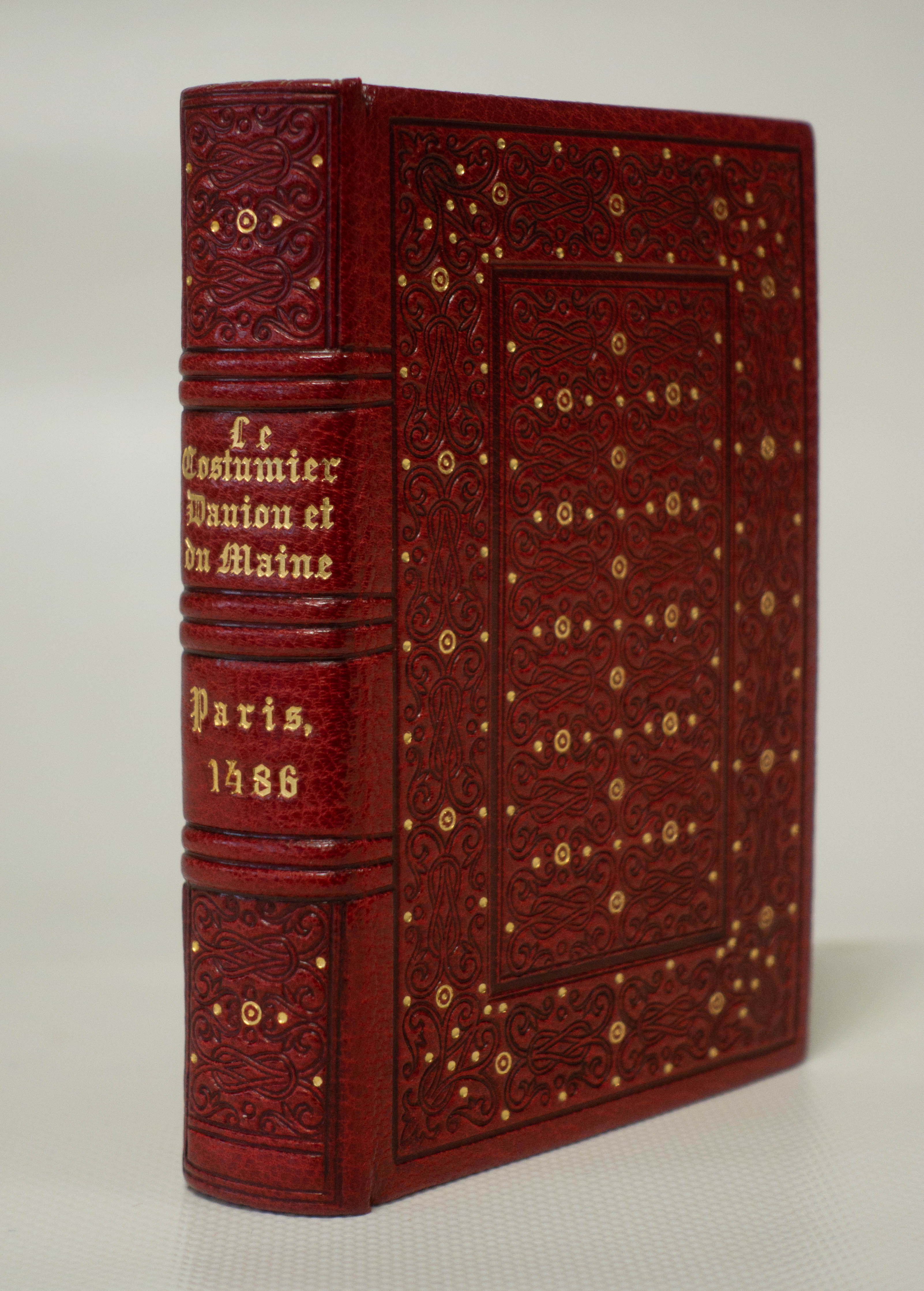 One of the earliest coutumiers in the Law Library’s collection, this incunable printing of the laws of Anjou and Maine was acquired from the inventory auction of the internationally-renowned antiquarian bookseller, H.P. Kraus. The customary laws of the western region of France, including Anjou and Maine, along with Normandy and Brittany, reflect borrowings from English institutions. Until 1442, Anjou and Maine were one judicial region, but even after they were separate, the same coutume governed both. Eventually the two coutumes were compiled and published separately (1508). Subsequent edicts mandating reform never were carried out; for this reason these regions are especially rich in ancient coutumes and usages.