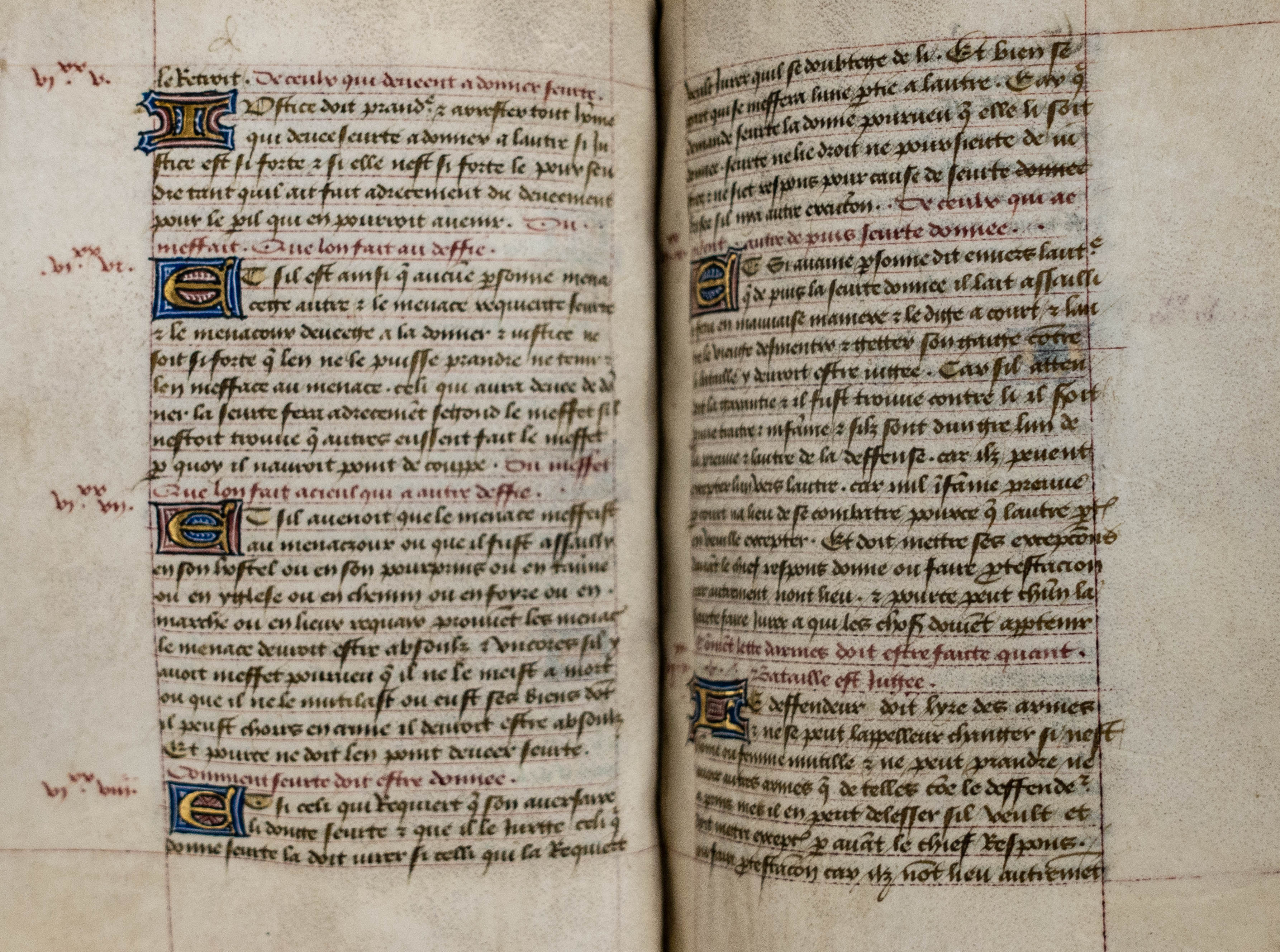 Coustumes de Bretagne
Manuscript, between 1456 and 1460

This codex is a magnificent production. It likely was commissioned by a distinguished practitioner, from the era of ducal Brittany before the region was incorporated into France (1532). It brings together the customary laws of Brittany, with supplemental legal texts such as ducal ordonnances. Written in a refined bâtarde script, this codex probably was illuminated; four leaves are missing and eight mutilated. This fact is noted by Marcel Planiol in his nineteenth-century census of Brittany manuscripts in La Très Ancienne Coutume de Bretagne (1896); the manuscript here presented was known to him and described in his book. Its custodial chain is well-documented by signatures of possessors on several leaves in the codex. At the time of its purchase by the Jacob Burns Law Library, Coustumes de Bretagne was one of the few manuscripts in Planiol’s census still in private hands.