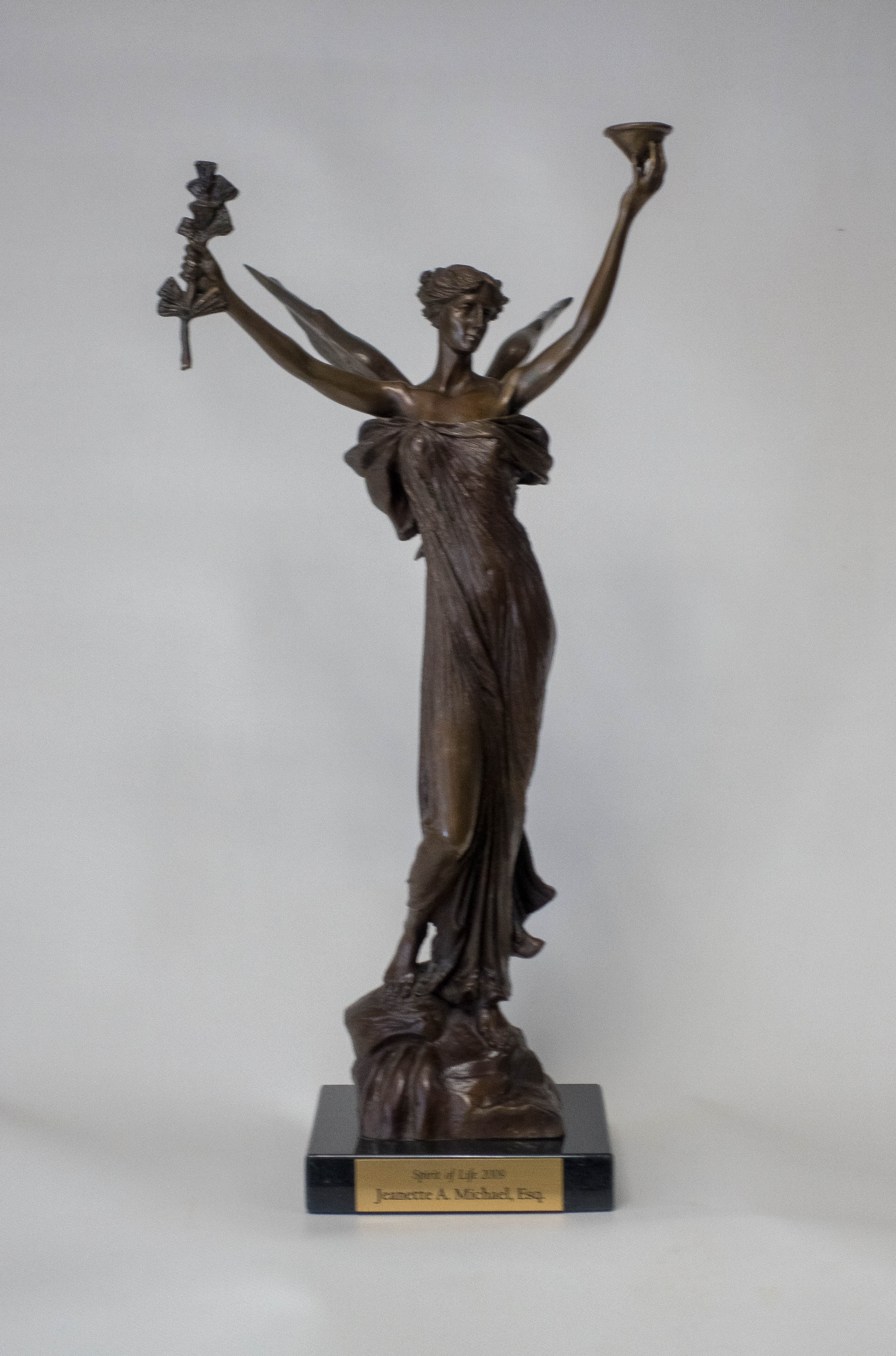 This award was presented to Jeanette Michael (J.D., class of 1975). She was the first general counsel to the D.C. Lottery when it was launched in 1982. Ms. Michael also was the founder and first president of GW’s Black Law Alumni Association and served as a member of the University’s Board of Trustees. She began battling breast cancer in 2002 and received this award from the University at a gala fundraiser for cancer research in April, 2009, shortly before her death in November of that year. It was donated to the Library by her family.