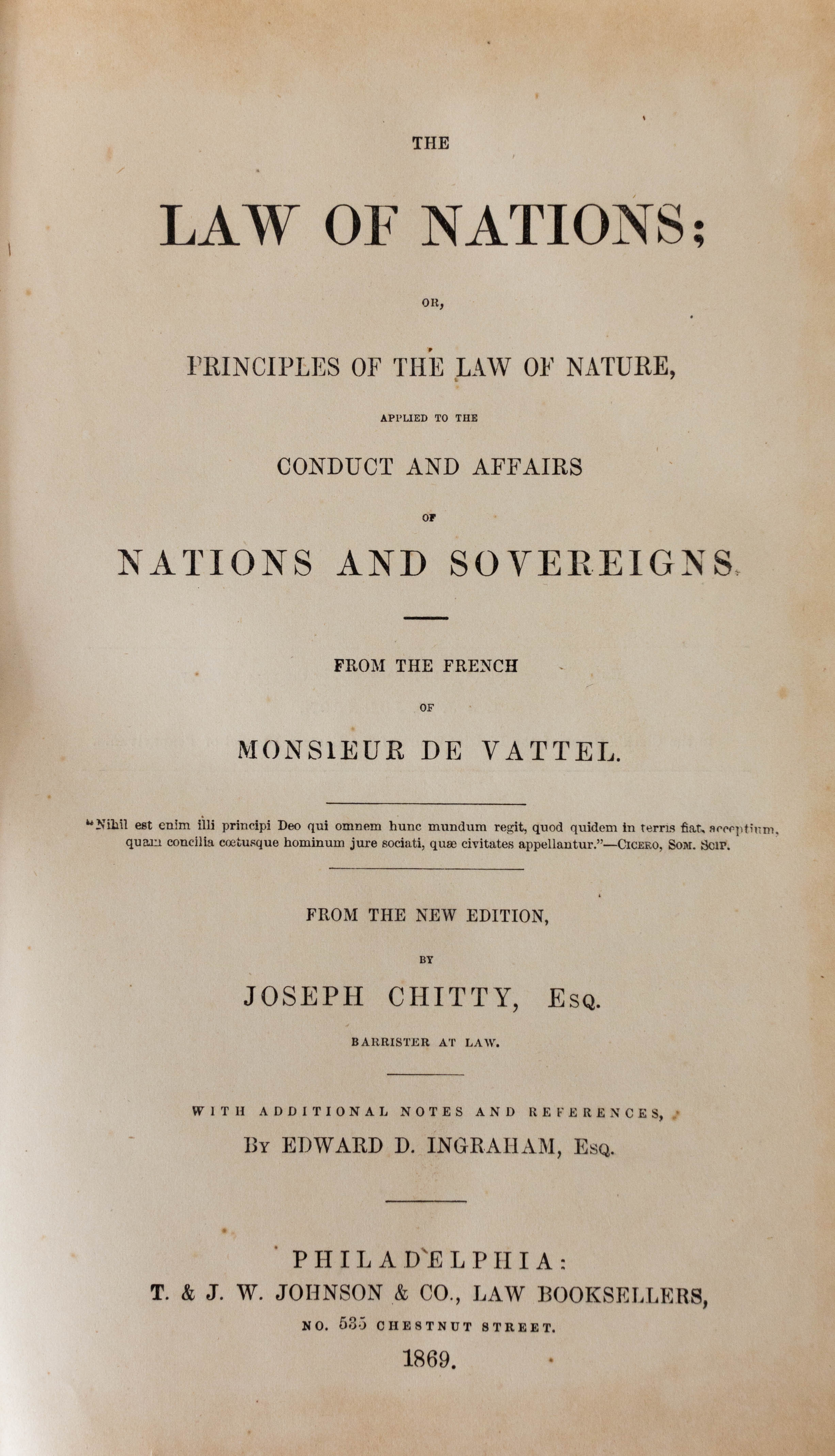 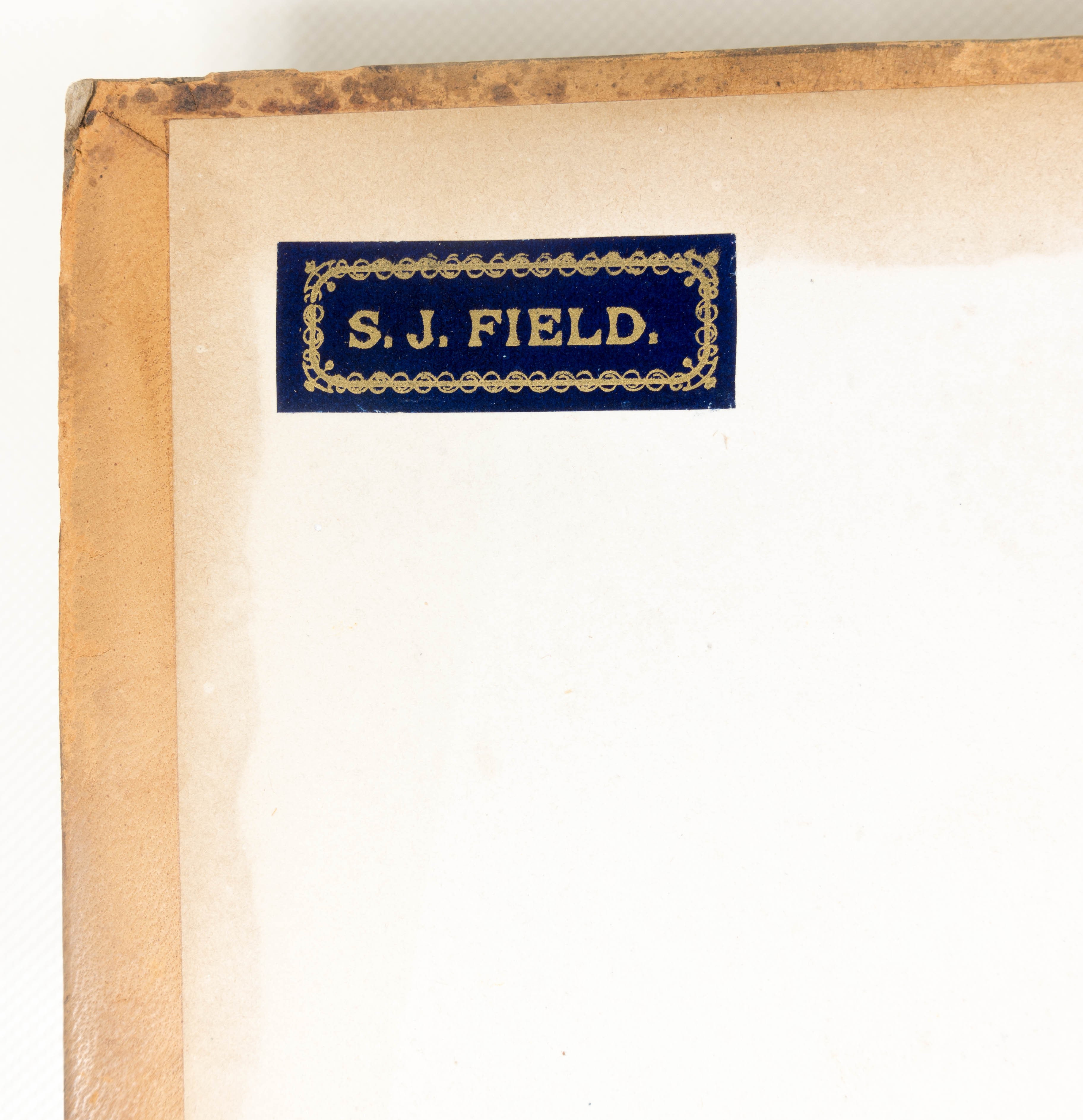 Stephen Field held the record as the longest-serving U.S. Supreme Court Associate Justice until overtaken by William O. Douglas (served 1939-1975). He and his brother, law reformer David Dudley Field, studied law together in New York before Stephen made his way to California where he became Chief Justice of the California Supreme Court. The two other brothers in this high-performing family were entrepreneur Cyrus Field, who spearheaded the effort to lay the first transatlantic telegraph cable, and Henry Martyn Field, an author and clergyman.

This copy of Vattel’s work was published during Field’s tenure on the U.S. Supreme Court, and thus may have served as an international law reference in the Associate Justice’s library. His book label appears on the front paste-down.