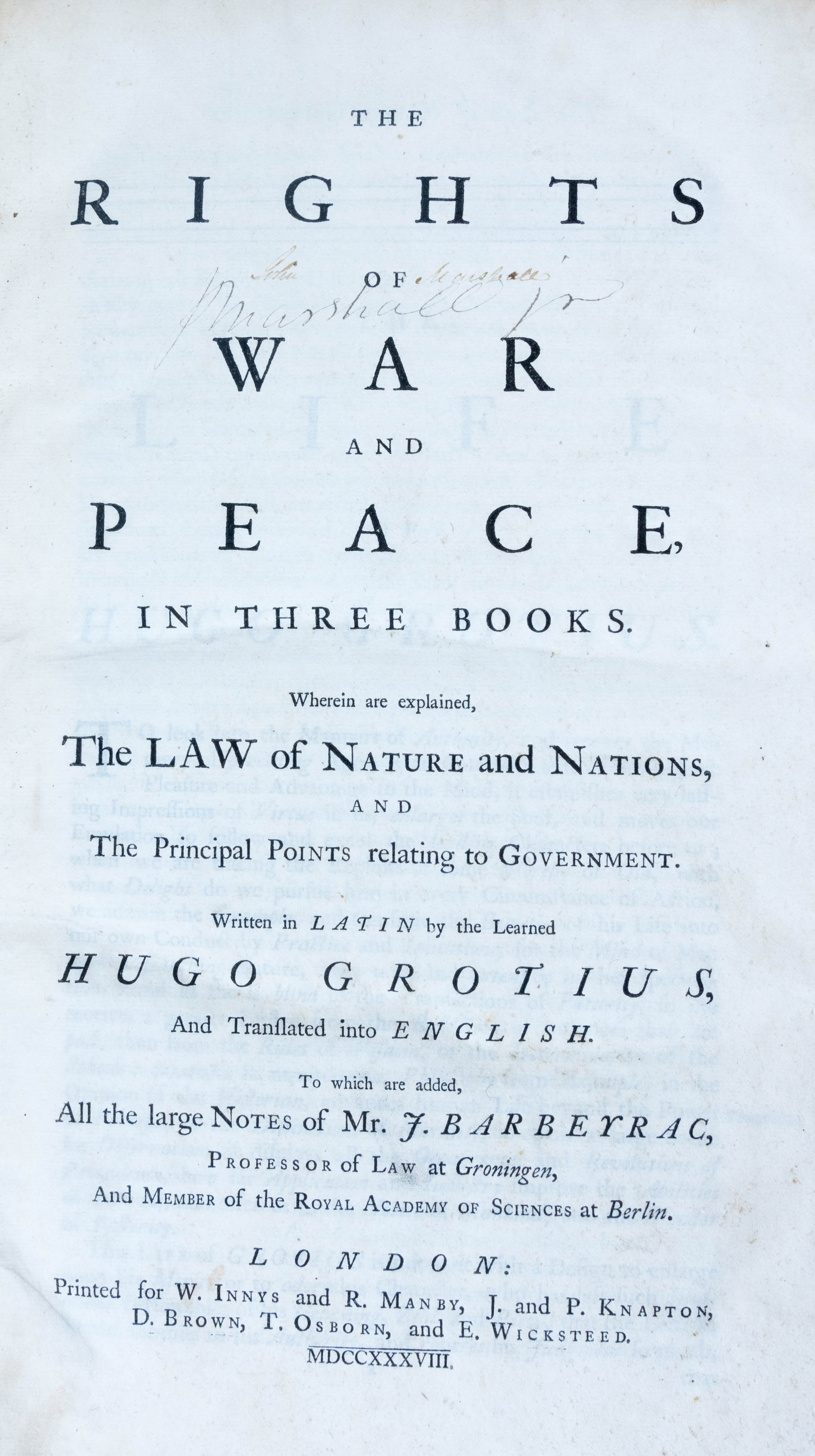 Hugo Grotius The Rights of War and Peace, in Three Books London, 1738 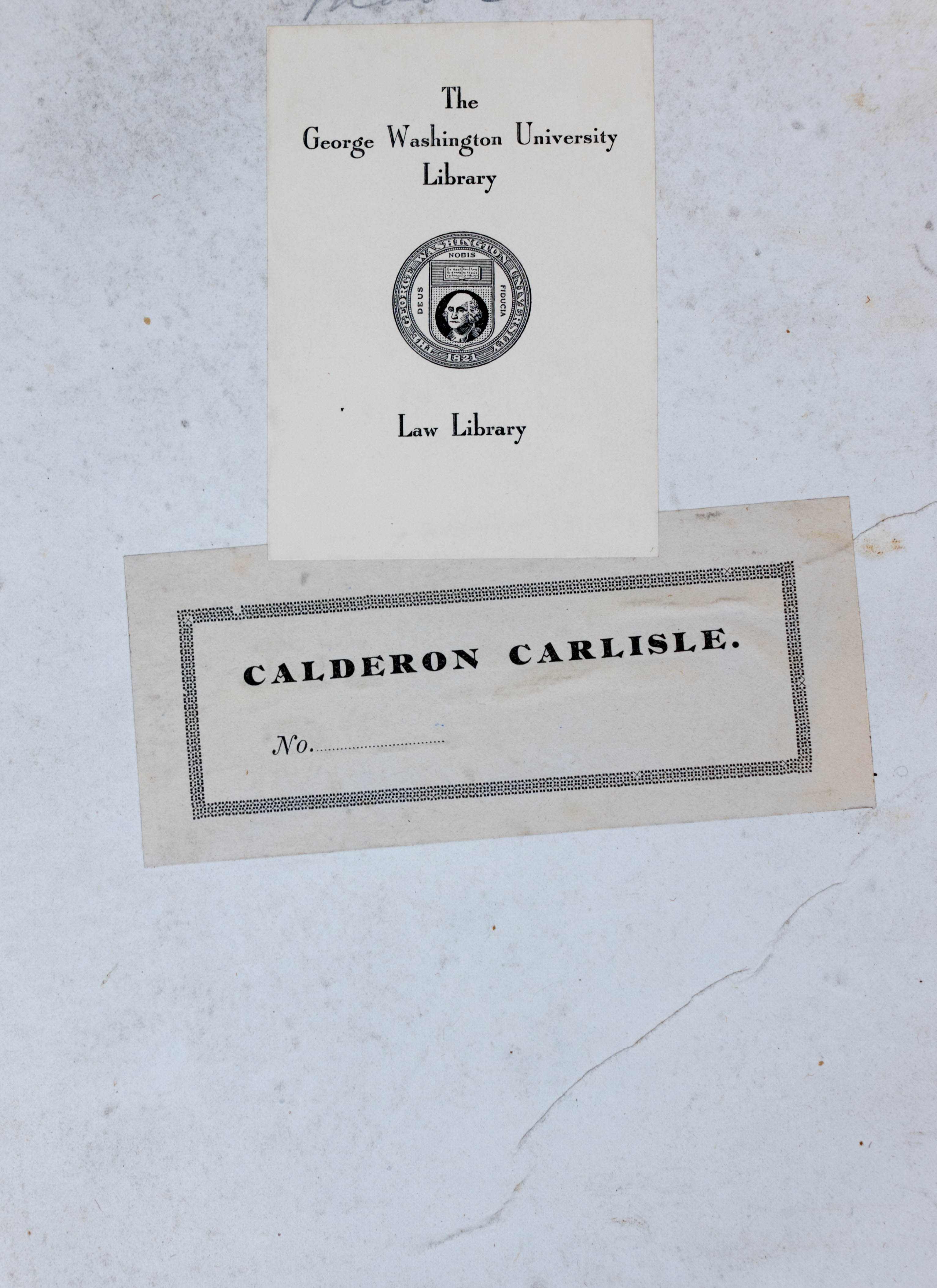 Hugo Grotius The Rights of War and Peace, in Three Books London, 1738

This imposing folio volume bears both the signature of U.S. Supreme Court Chief Justice John Marshall and that of his son, John Jr., on the title page above the word “War.” Still the longest-serving Chief Justice in U.S. Supreme Court history, Marshall also had served as Secretary of State under President John Adams, and as a diplomat, represented the U.S. in France as part of a three-man commission in 1797. And although Marshall was known not to have been a slave to the authorities of international law, he was well familiar with Bynkershoek, Vattel, and especially Grotius.

The Law Library acquired this copy of Grotius by gift from Calderon Carlisle, a native of the City of Washington and one of its leading lawyers in the nineteenth century.  He was especially noted for his international law practice. Mr. Carlisle trained by reading law and then studying at Columbian University’s law school (GW Law’s predecessor). His bookplate is adhered to the front paste-down endpaper of this copy.