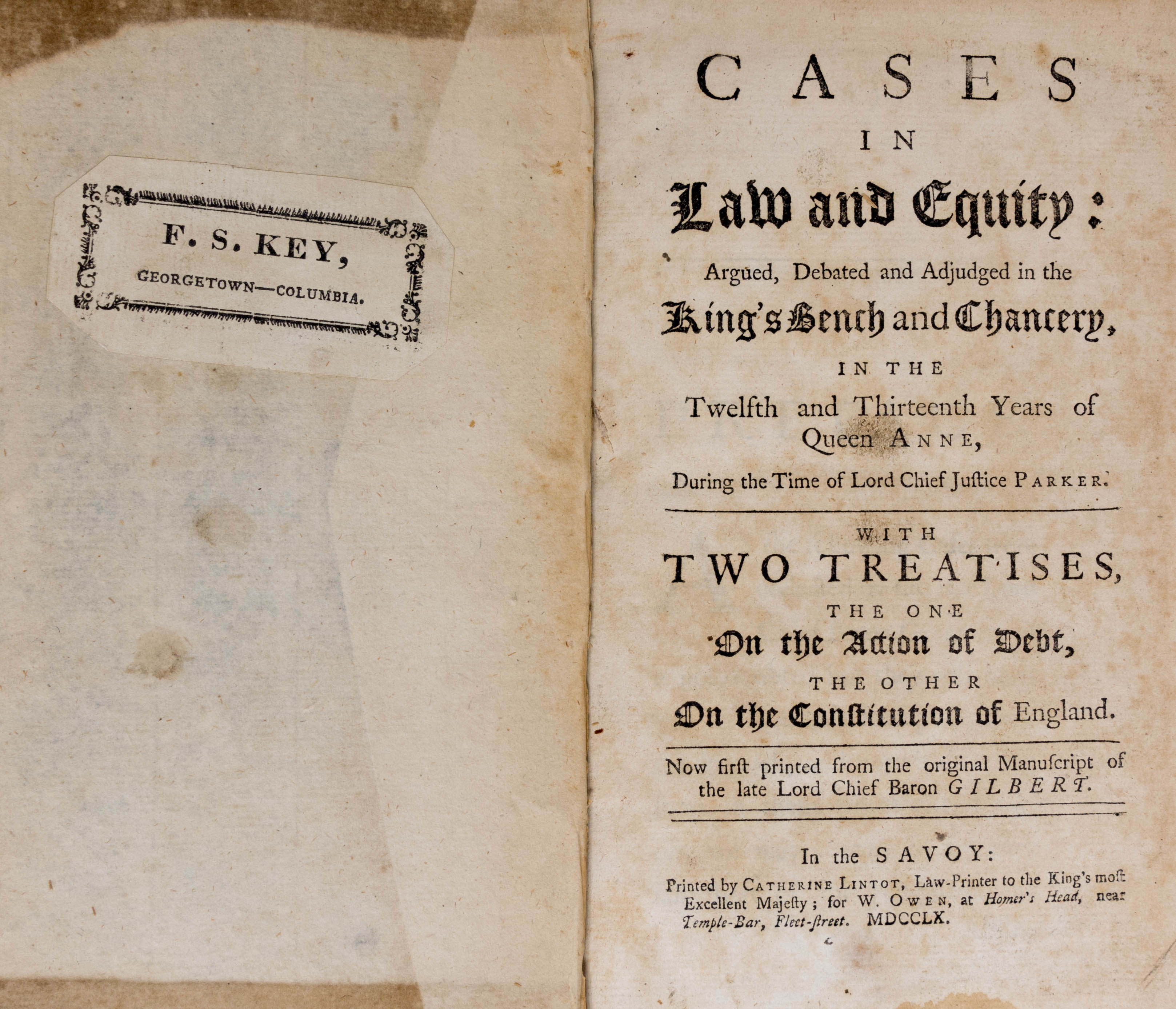 By 1805, the young Francis Scott Key had a thriving law practice in Georgetown, and later was appointed U.S. District Attorney for the District of Columbia. Cases in Law and Equity likely served as part of his practitioner’s arsenal; English materials figured prominently in American lawyers’ libraries of the eighteenth and nineteenth centuries.

Key’s copy is identified both by his bookplate on the front pastedown and by “Key” both stamped and handwritten within spice compartments. How the Law Library obtained this book is unknown. However, there exists a tenuous link between Francis Scott Key and GW Law: Key, a devout Episcopalian, had been senior warden at Old Trinity Church at Judiciary Square, which GW Law called home from 1865 to 1884.