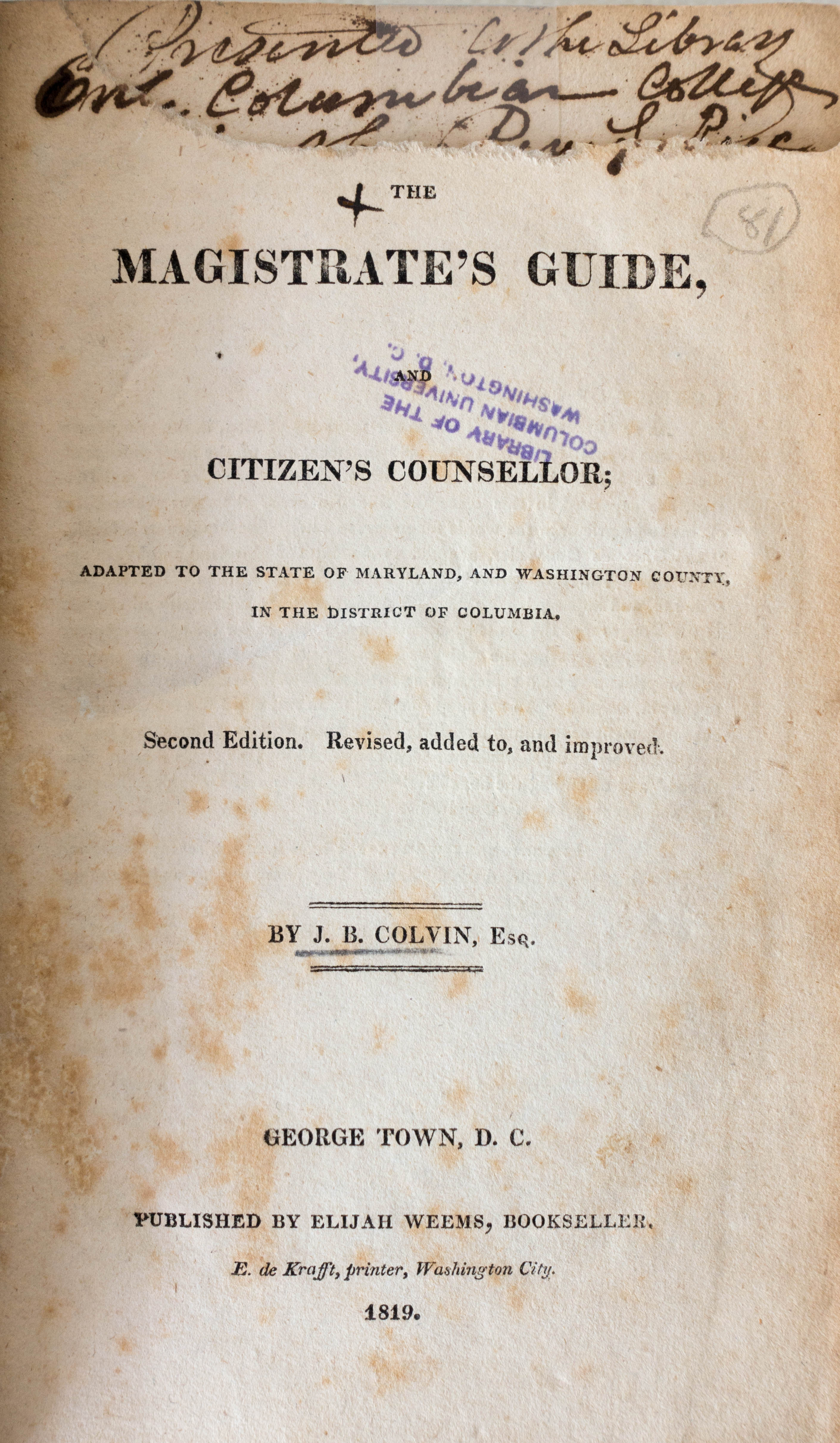 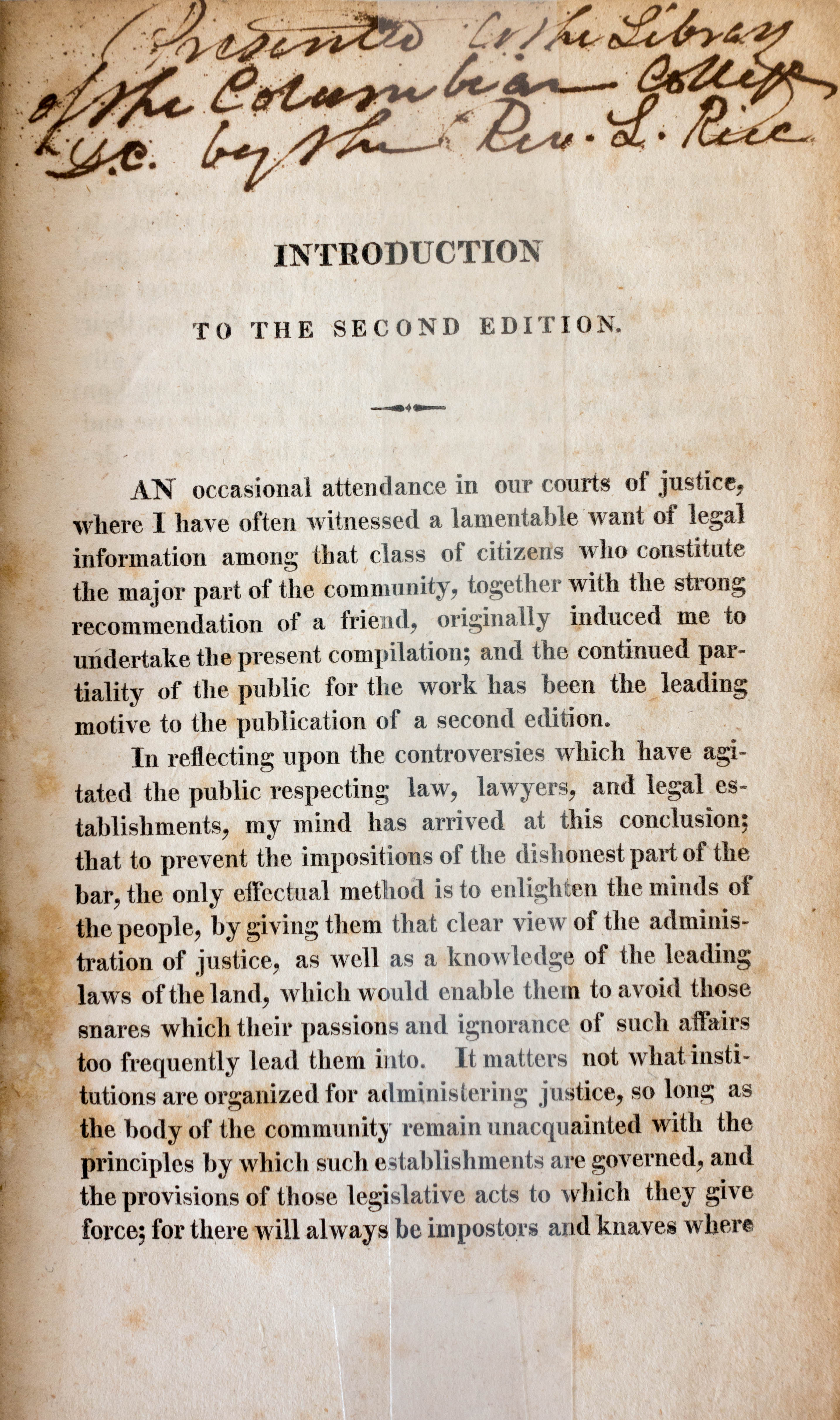 Baptist minister and GWU founder Luther Rice donated this copy of the second edition of The Magistrate’s Guide to the Columbian College sometime between 1819 (the year of the book’s publication) and 1836 (the year of Rice’s death).

The signature of a previous owner on the title page is torn away (not an unusual practice in years past); on the following leaf we read: “Presented to the Library of the Columbian College D.C. by the Rev. L. Rice.” The title page bears the stamp of the Columbian University, indicating that the book was in GW’s general library collection around 1873 or later, when the school changed its name from Columbian College to Columbian University. The old Law Library bookplate on the front pastedown endpaper (its exact dates of use are unknown, but probably predate the law School’s merger with National University in 1954) reveals the book’s later migration to the law collection.