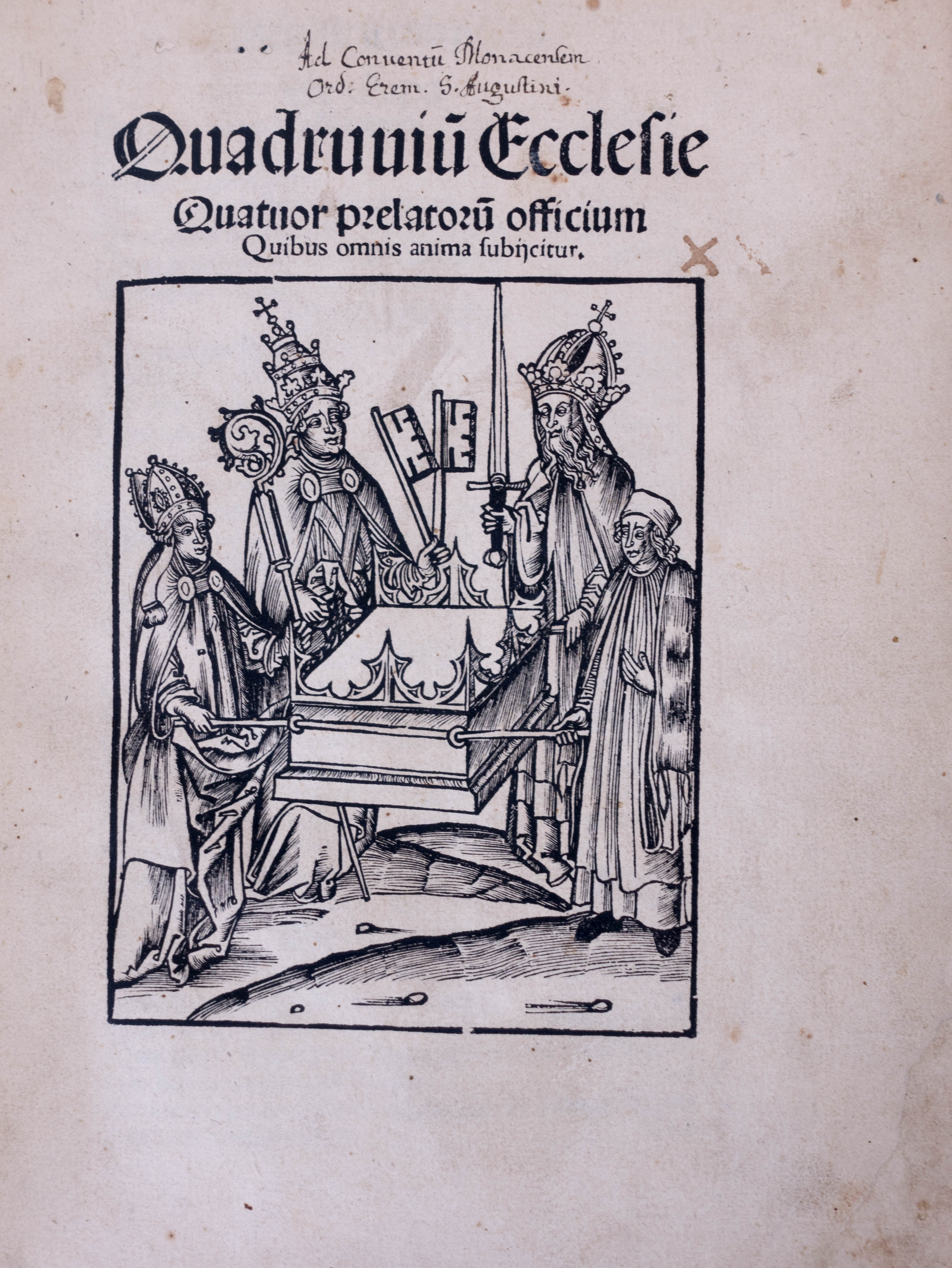 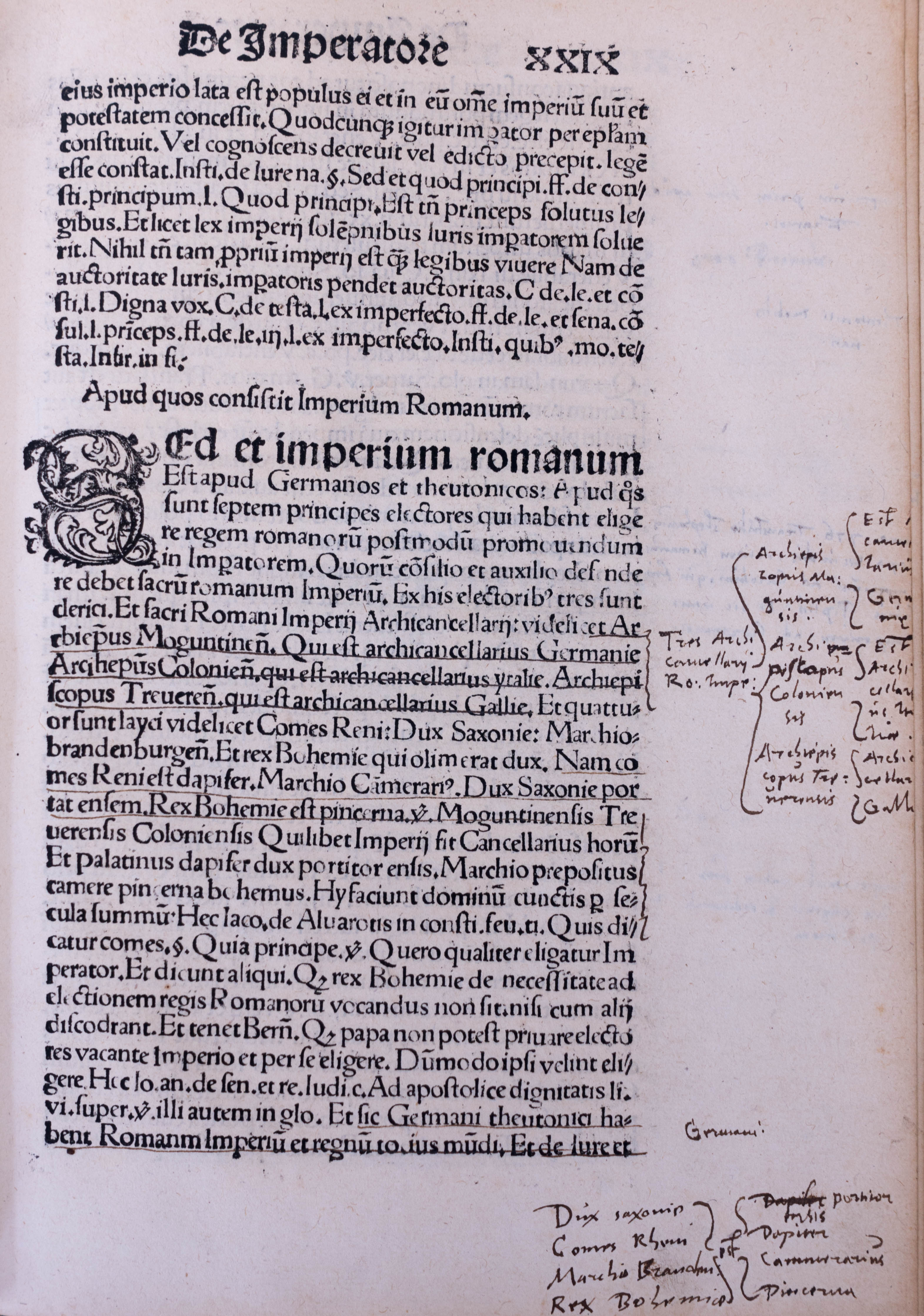 OWNER:
Philipp Melanchthon (1497-1560), theologian, advocate for the Reformation, and leader in education.

The scholar Philipp Melanchthon, friend and supporter of Martin Luther, is considered the intellectual leader of Lutheranism, and his learning extended to all branches of knowledge as it existed in his time. This post-incunabulum which treated Church-State relations and proposed its author's doctrinal support for the unassailable power of the Pope, was known as early as the mid-ninteenth century should be exceedingly rare. Doubtless at least some of its precepts would have run counter to Melanchthon’s Lutheran sensibilities, but as a scholar of broad scope, Melanchthon would not have limited his books only to those with whose ideas he agreed.

Marginalia in Melanchthon’s round cursive hand, substantiated by a handwriting comparison, confirm Melanchthon’s ownership, and nineteenth-century notes on the flyleaf state that this copy belonged to Melanchthon. Appearing on the title page are the library markings of the Augustine convent at Erfurt, where Luther studied. This copy was purchased in 1943 from A.S.W. Rosenbach, the American collector and seller of rare books.