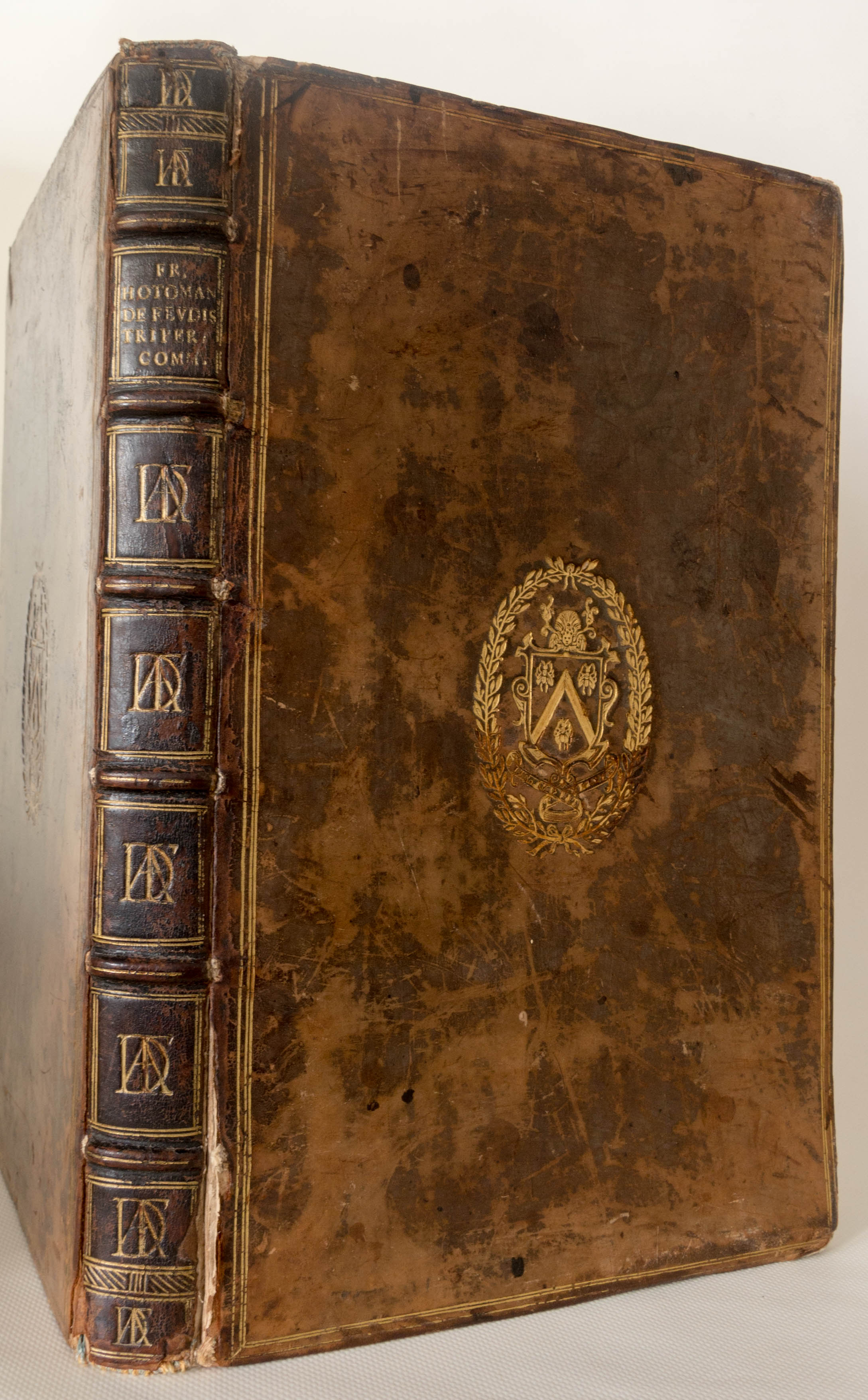 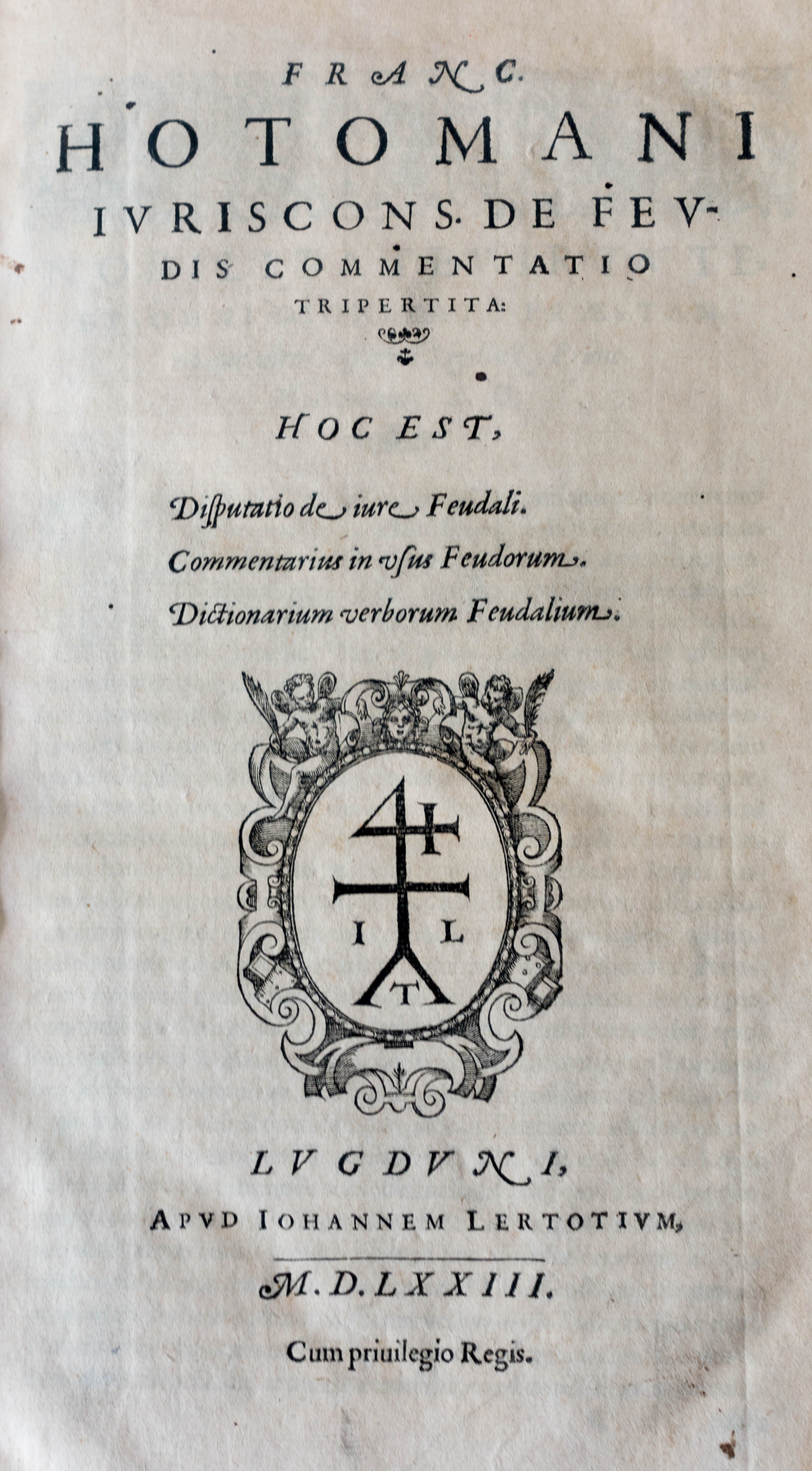 Although Jacques-Auguste de Thou is best known today as a book collector with a glorious scholarly library, characterized as “the most perfect and select library of his age,” his roles as historian, jurist, diplomat, and helpmate to two kings of France in turbulent times pre-empted the truly bibliocentric life this man of letters might have preferred.

Though de Thou’s library was demolished in 1898, a number of his elegantly-bound books survive, many of these in research libraries. In this copy of Hotman’s De Feudis, the indicia of ownership appear as repeated monograms on the spine – “I.A.D.T.” – along with the laurel-wreathed de Thou coat of arms with its three horse flies. The ribbon beneath the rustically-framed escutcheon bears de Thou’s name: “IAC. AVGVST THVANVS.” The coat of arms pegs this book as a bachelor acquisition; later de Thou bindings incorporate the coats of arms, sequentially, of his two wives.

De Feudis was acquired through the generosity of Richard and Diane Cummins.