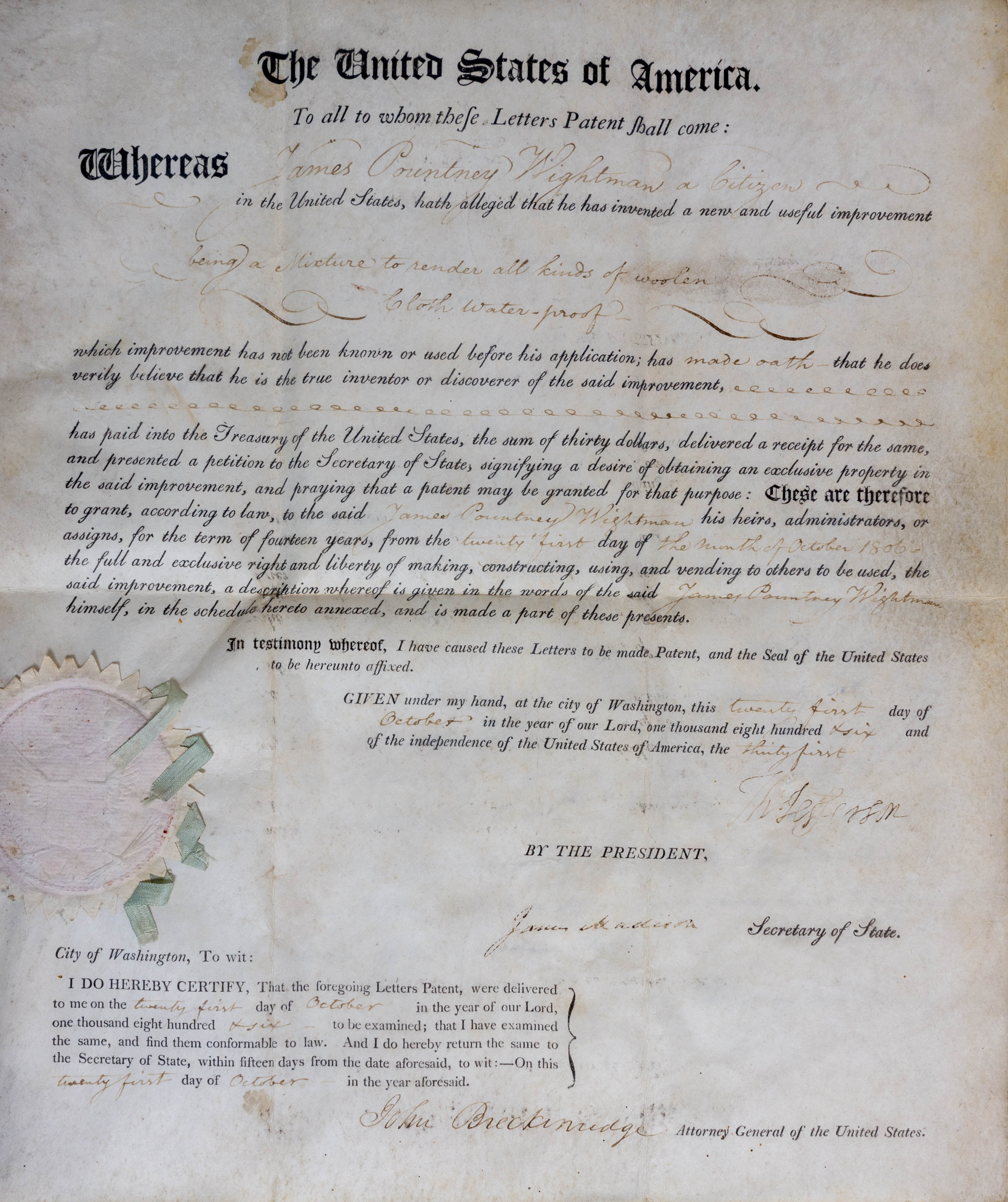 Shown here is a patent issued in 1806 to James Pountney Wightman of Massachusetts for a mixture to render woolen cloth water-proof. It is signed by Thomas Jefferson as President and James Madison as Secretary of State. It also is signed by John Breckinridge as Attorney General. Originally from Virginia, Breckinridge moved to Kentucky and eventually was elected a U.S. Senator in 1800. Appointed Attorney General in 1805, he was the first cabinet-level appointment from “the west.” Unfortunately, he served only briefly in that office, dying from tuberculosis in 1806, only two months after he signed this patent.