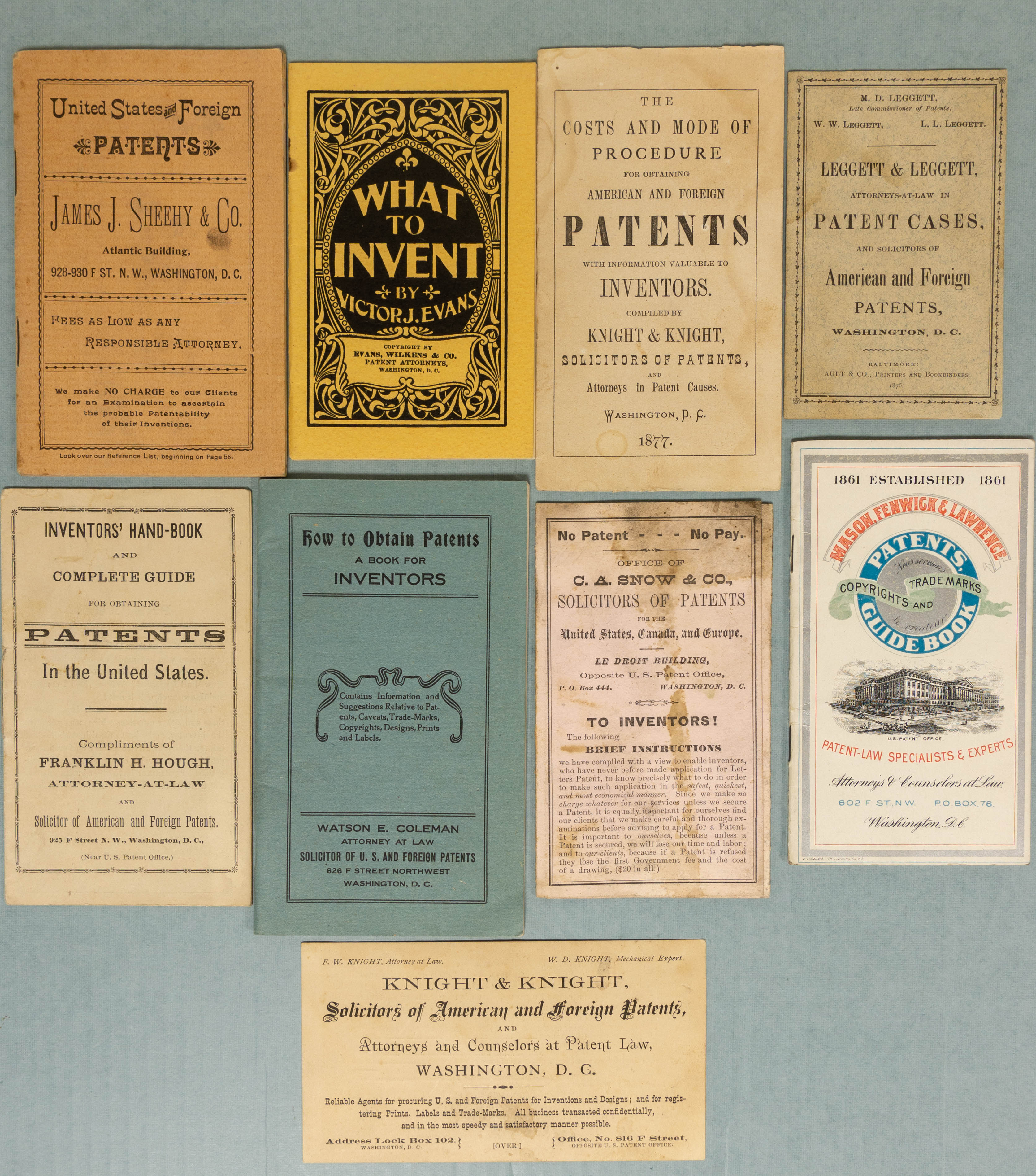 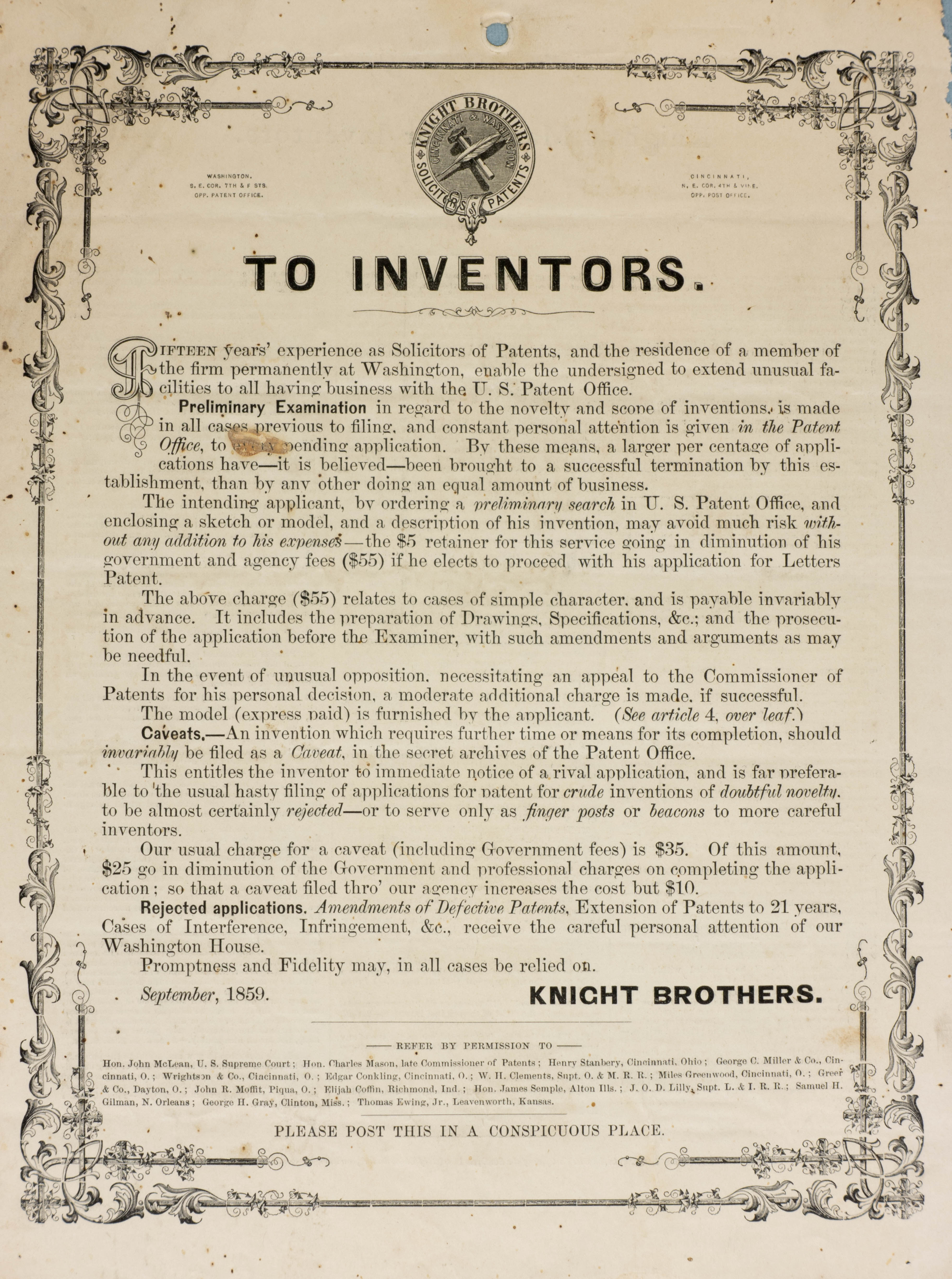 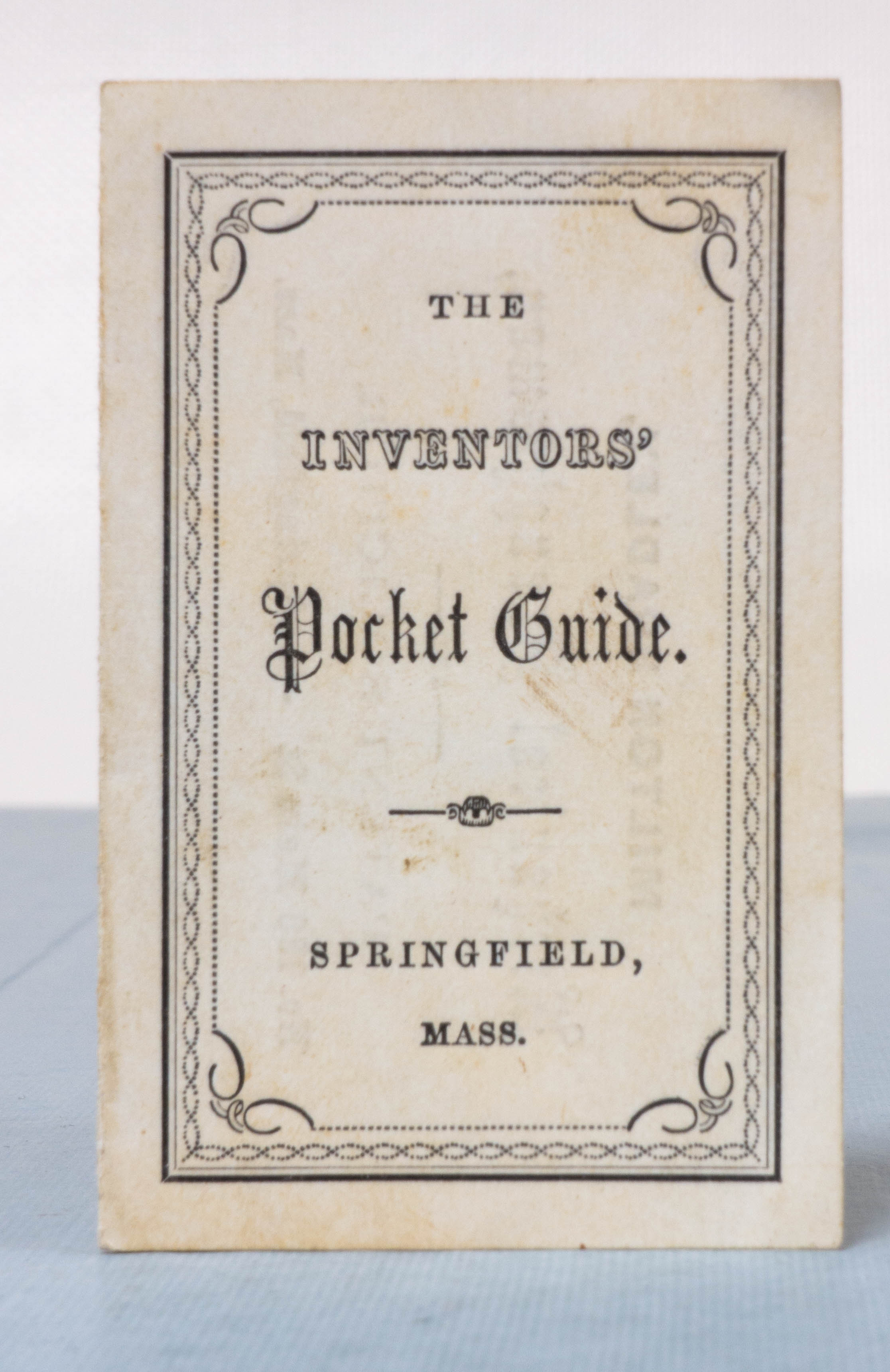 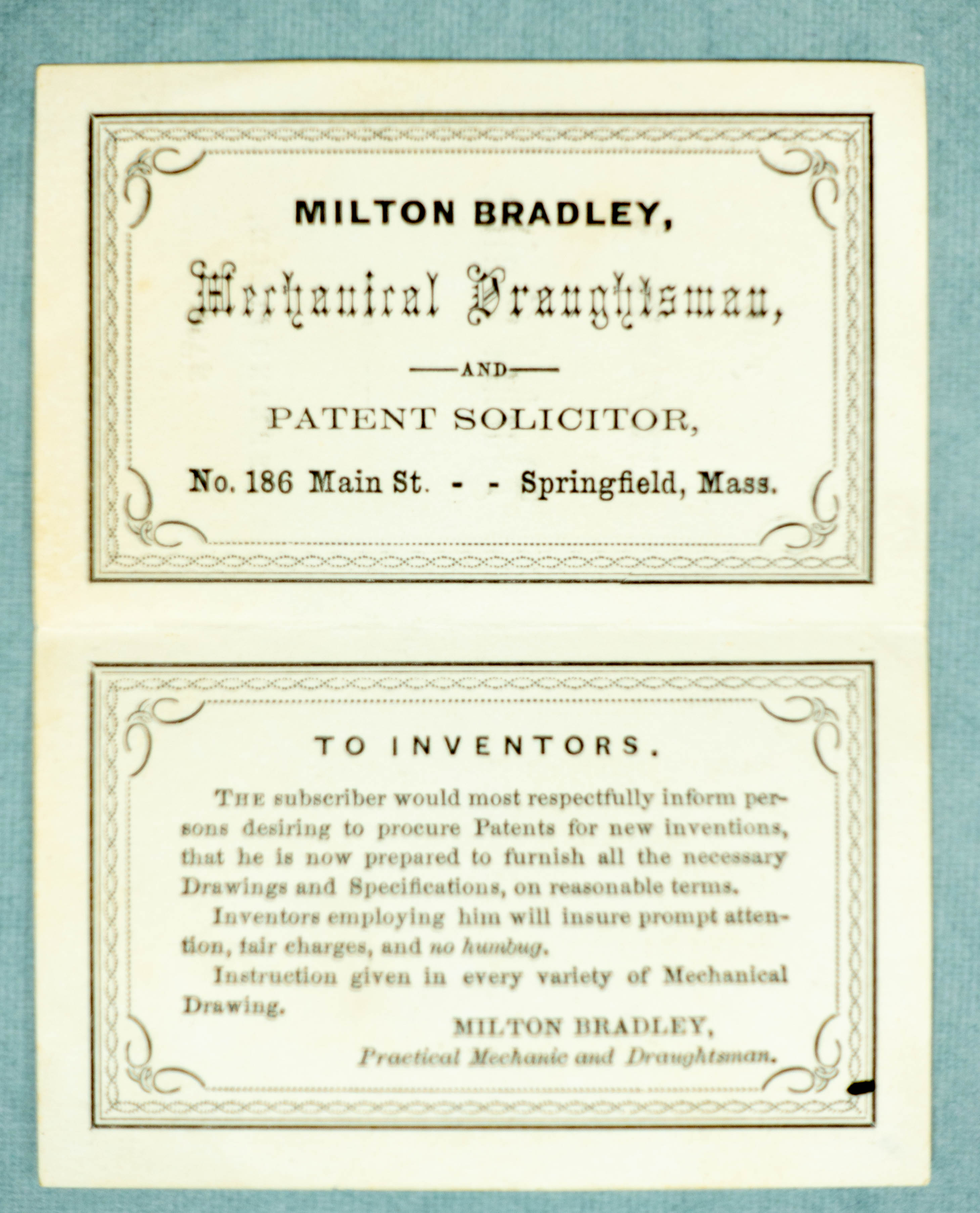 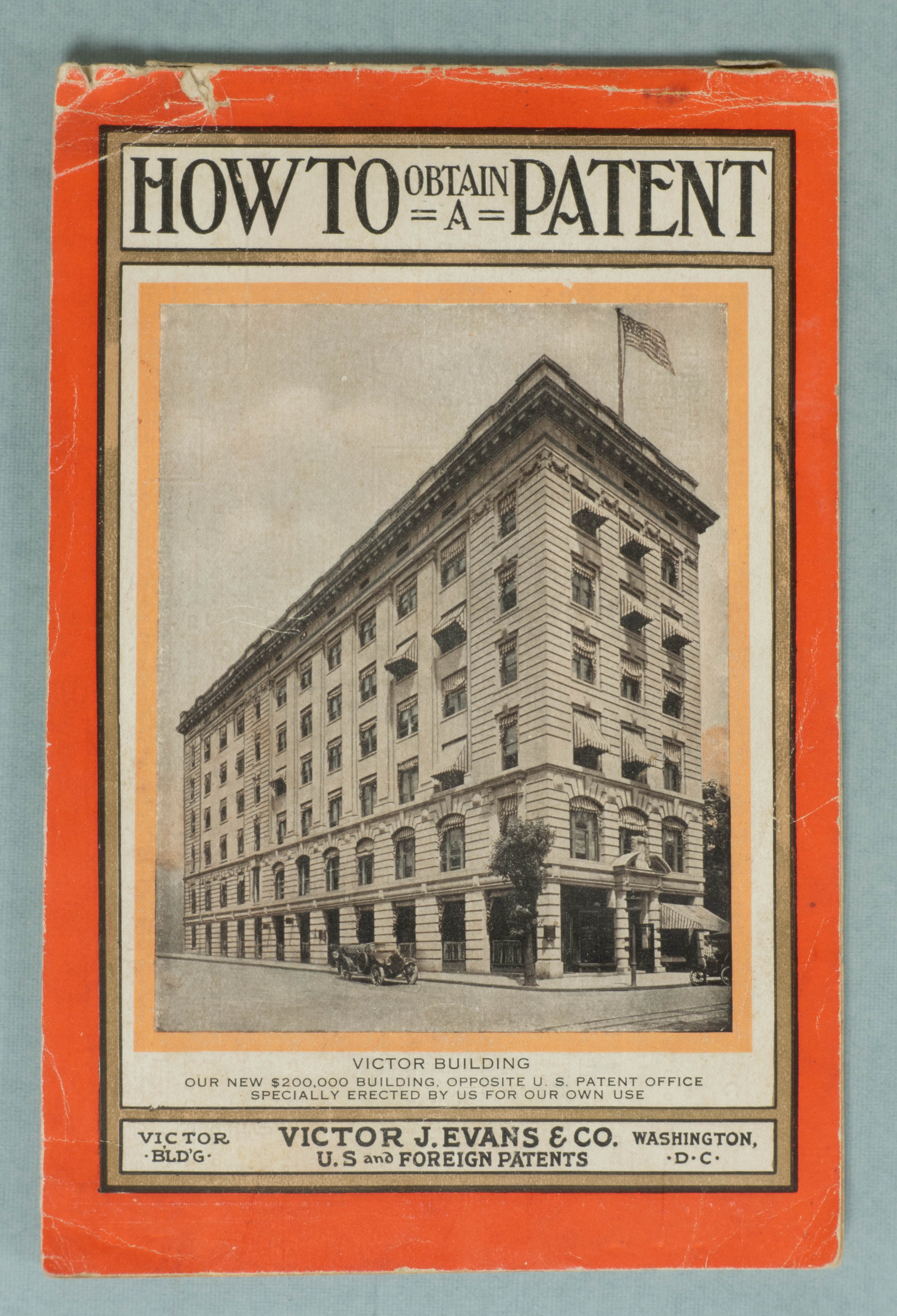 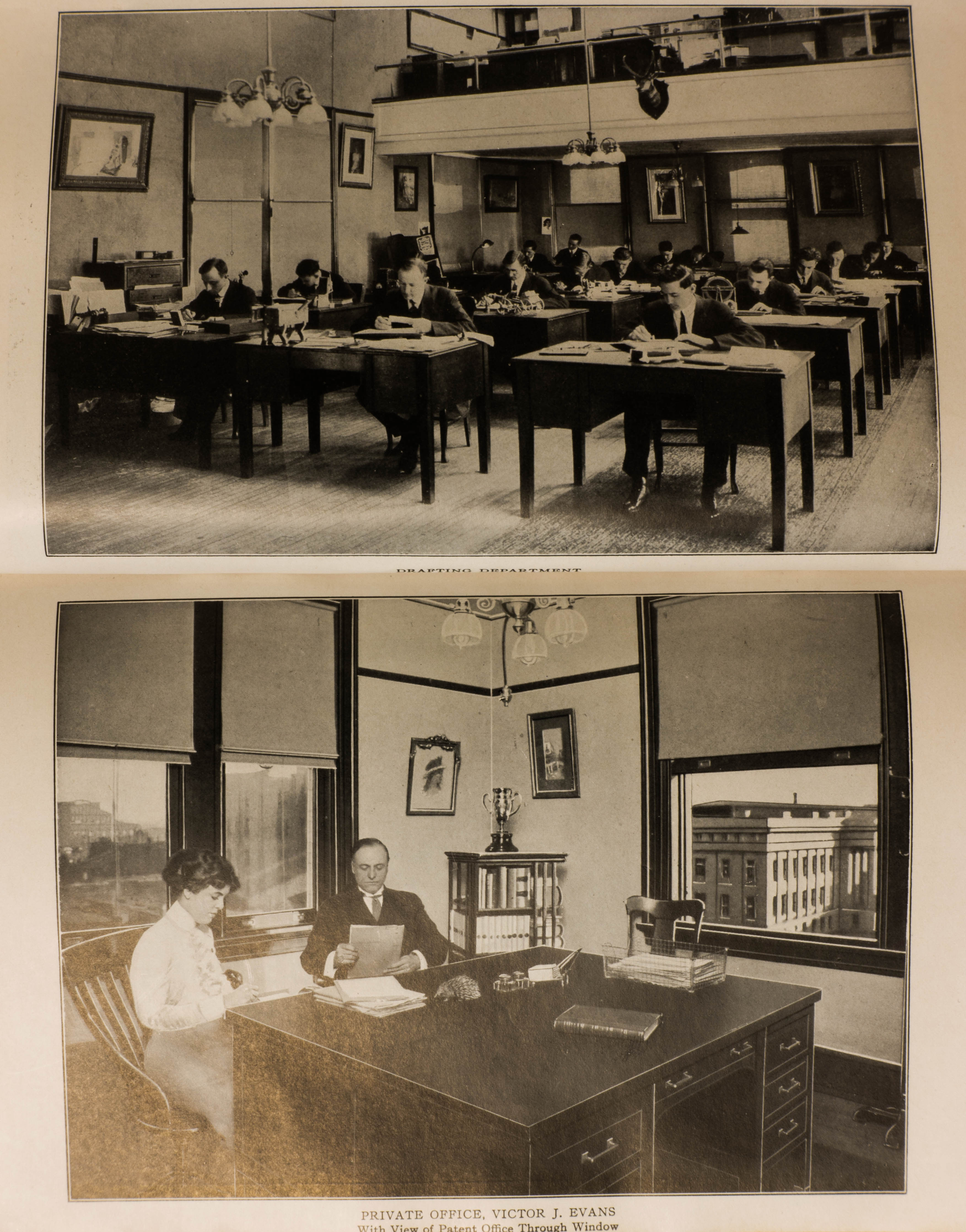 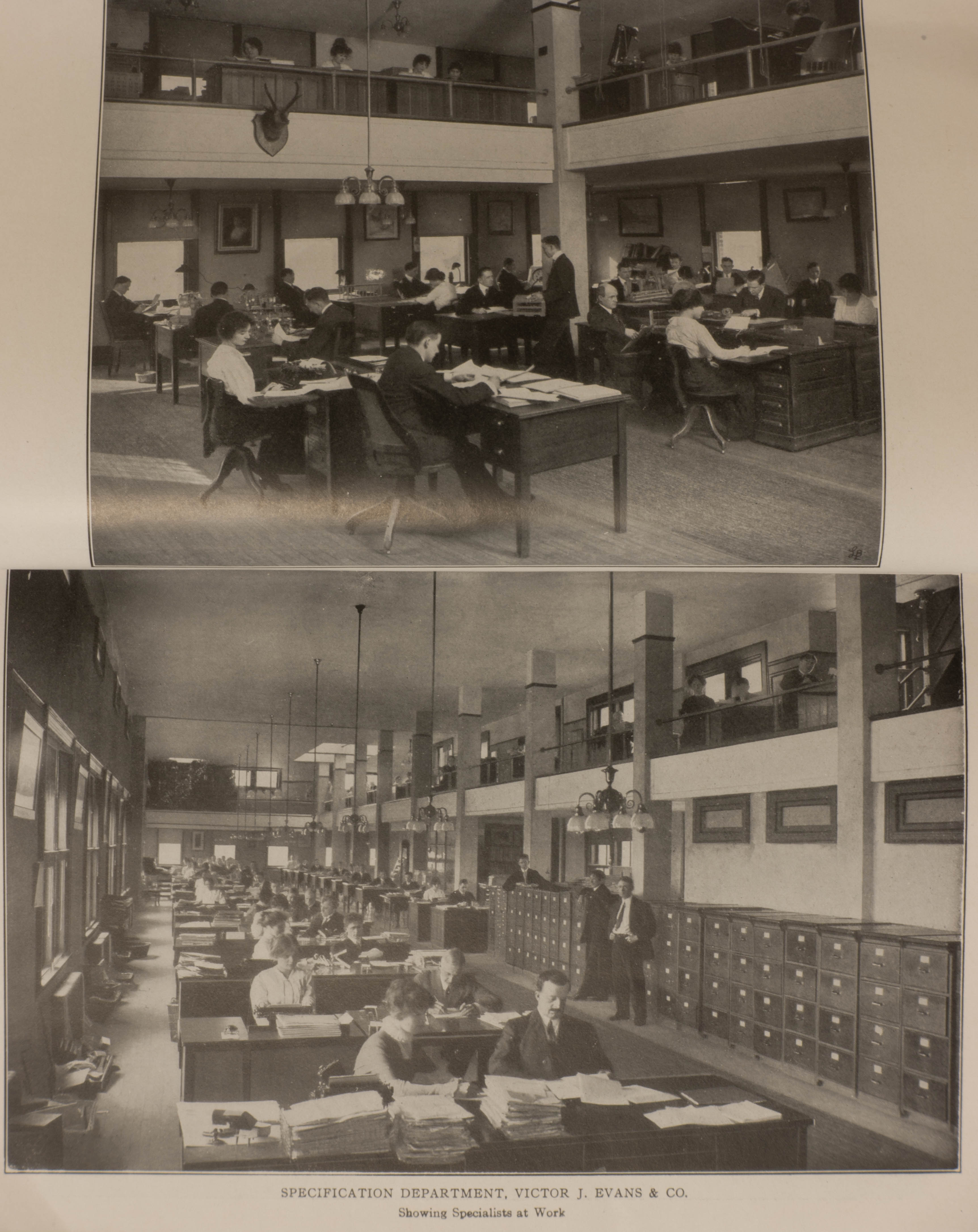 Patent law was a major calling for Washington, DC, attorneys in the nineteenth century. They advertised in periodicals of the day that appealed to inventors and mechanics. They scanned the list of recently issued patents to solicit business from inventors. And, if located in Washington, they frequently touted their proximity to the Patent Office, as if they could run there in seconds to beat out filings from other inventors. And, in the latter part of the nineteenth century, many of them boasted of obtaining their degree from Columbian College (later GWU) which was known for its patent law program.

Shown here is a sampling of the hundreds of brochures and pamphlets issued by patent attorneys and agents in the 1800s and early 1900s. Also shown are several photographs from the brochures of Victor J. Evans & Co., one of the leading patent attorneys of the day. They show that the office had its own staff for drafting and searching patents. And, of course, Mr. Evans had a prime view of the Patent Office building.

Perhaps the most interesting pamphlet is the smallest one. Did you ever play a game made by Milton Bradley (The Game of Life, Candyland, and many others)? There really was a man named Milton Bradley. He started as a draftsman and patent agent in 1854 and started his own business in 1858. This pamphlet is from that period. In 1860 he developed a board game called “The Checkered Game of Life,” and the rest is history….