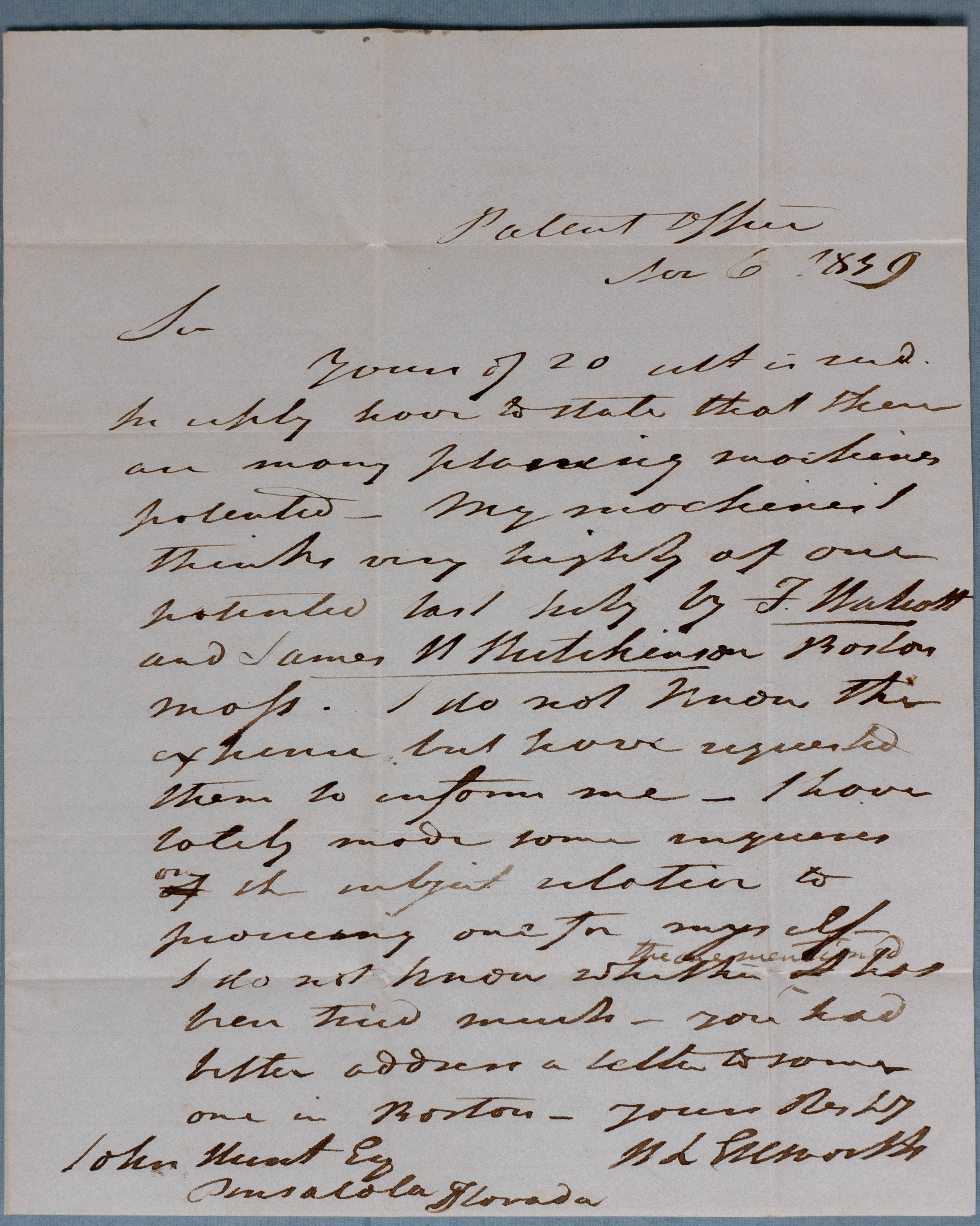 Henry Leavitt Ellsworth (1791-1858) served as the first Commissioner of the U.S. Patent Office from 1835 to 1845. He modernized the agency and was heavily involved in supporting inventors of the day. He made the decision to issue a patent to Samuel Colt for his revolver and persuaded Congress to grant $30,000 to Samuel Morse to develop the telegraph. He also persuaded Congress to invest in an effort to obtain seeds from foreign countries to develop the growing agricultural interests of the nation.

Shown here is a 1839 letter from Ellsworth responding to an inquiry about planning machine patents. He recommends that the writer look into one patented by F. Walcott and James H. Hutchinson of Boston (Patent No. 1,244). It is doubtful that the Commissioner of Patents would provide such personal service today.