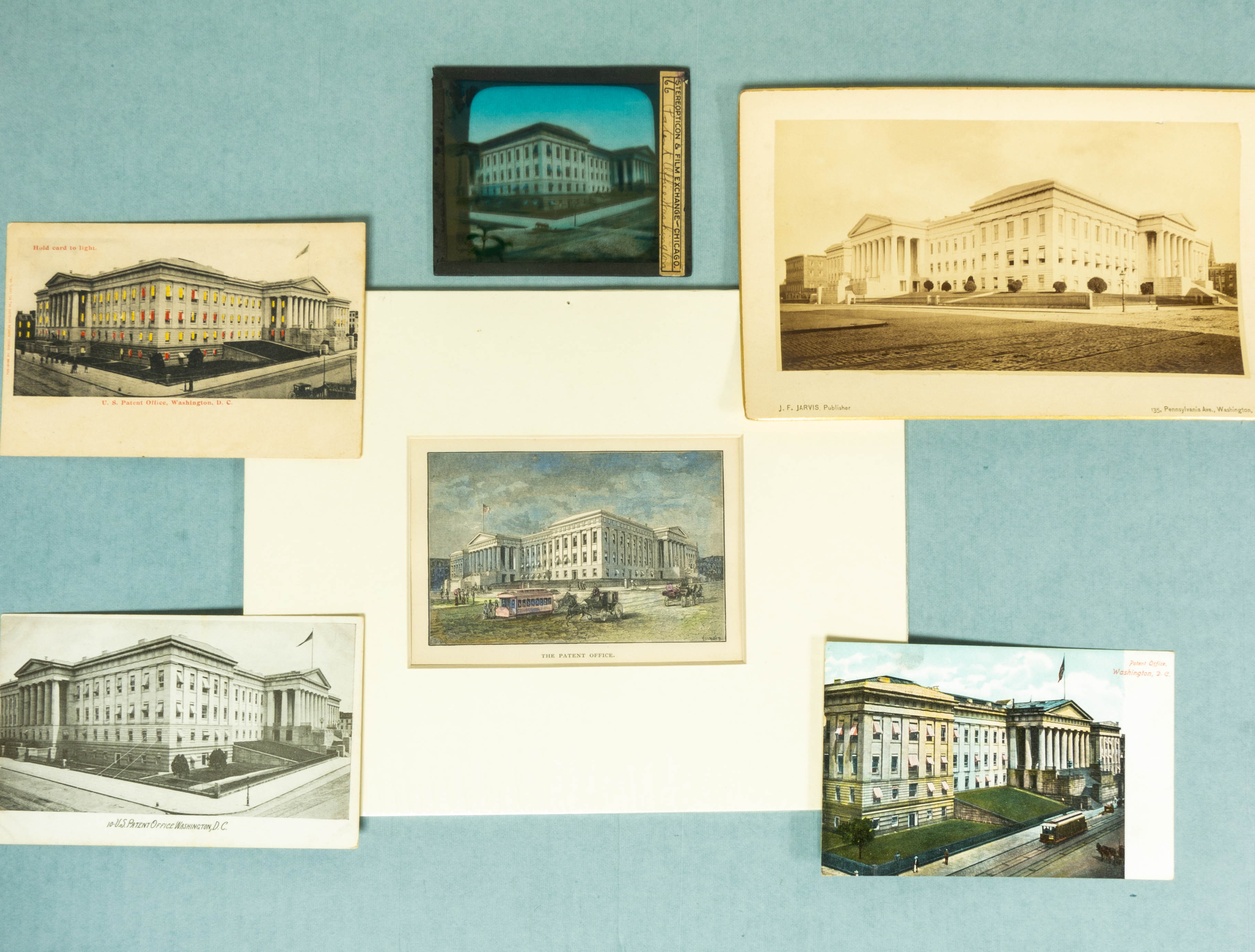 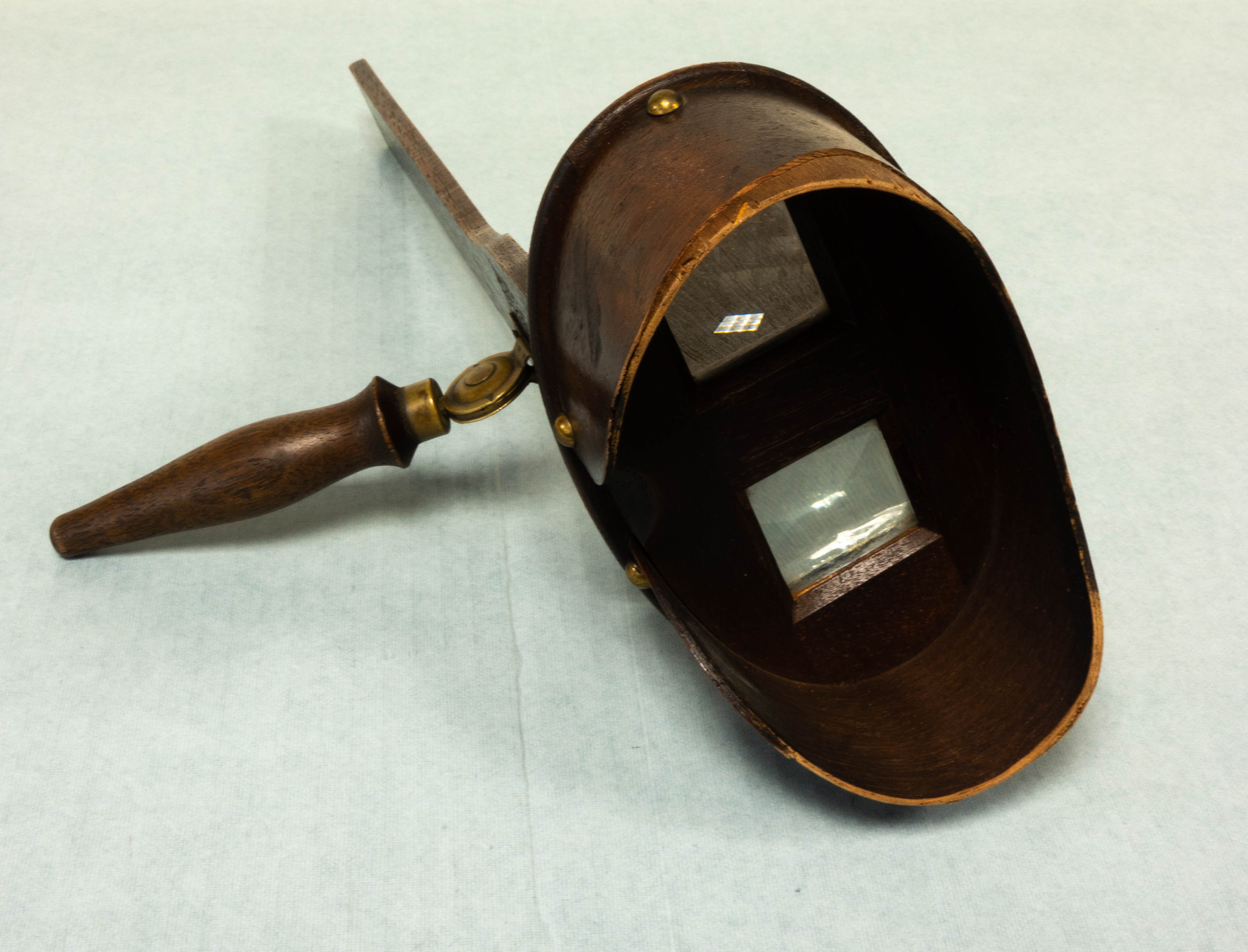 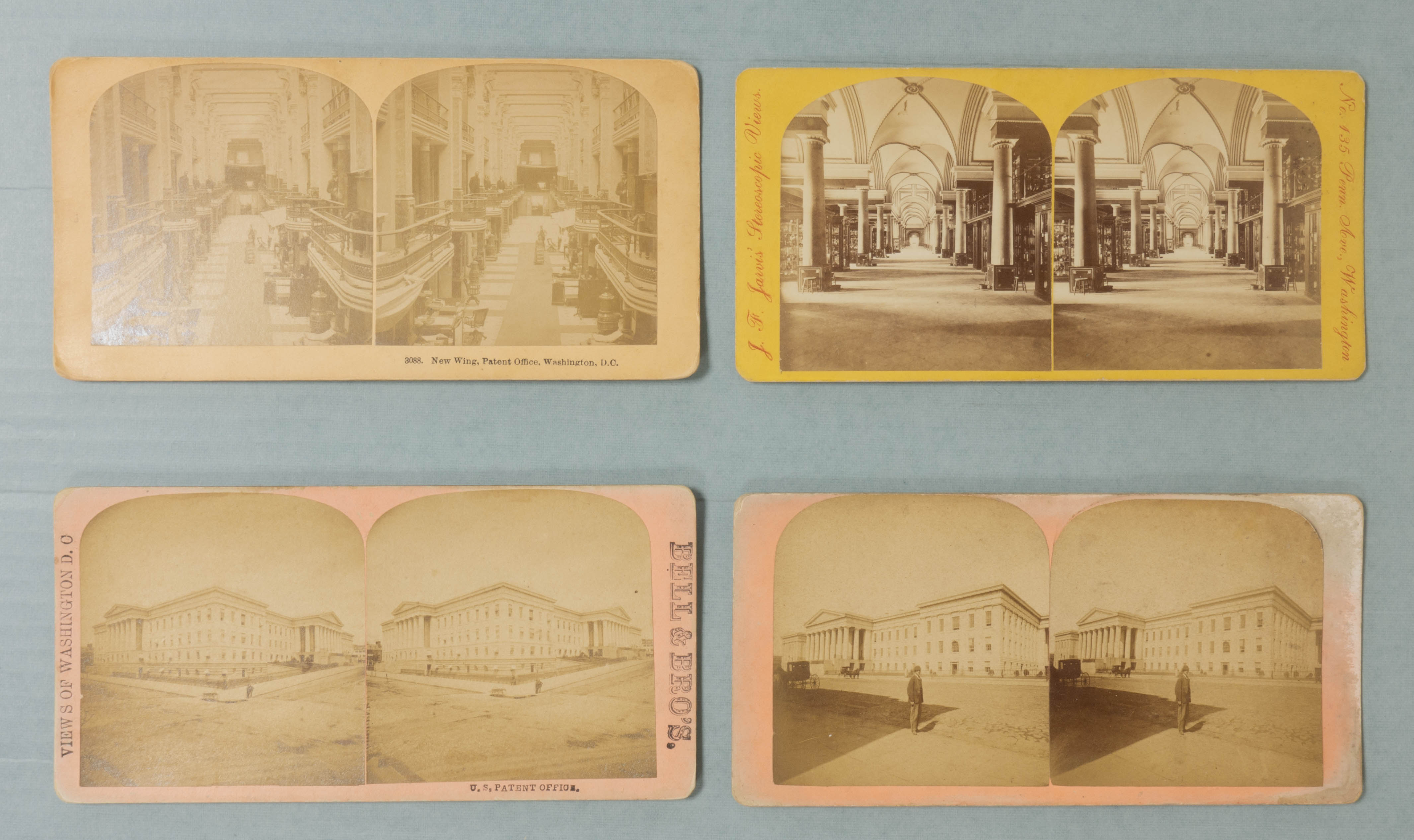 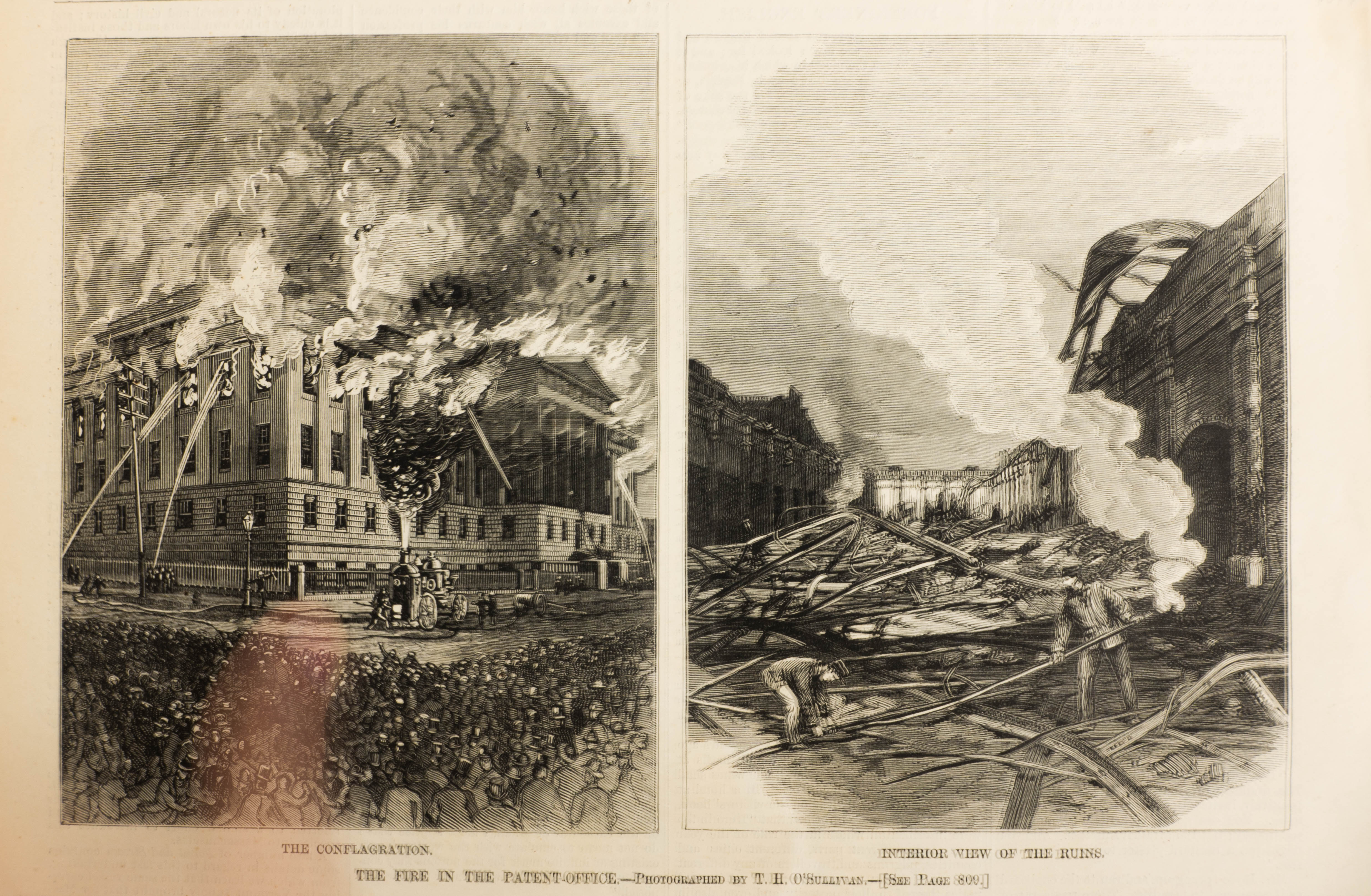 The hub of patent law in the nineteenth century and early twentieth century was the Patent Office Building, which covered an entire block in the heart of Washington, DC. Designed by Robert Mills, construction began in 1836 and took thirty-one years to complete.

Once completed, the building became a shrine to the inventive nature of a growing country. Patent attorneys touted their proximity to the edifice and featured it in all of their publications. It also played a part in some of the major historical events of the nineteenth century. Clara Barton worked there as a clerk to the Patent Commissioner, and was the first woman federal employee to receive equal pay. It became a military hospital during the Civil War, with the wounded lying on cots among the glass cases holding models of inventions. Walt Whitman visited it to read to the wounded men. Lincoln’s Second Inaugural Ball was held there in 1865. The Patent Office Building was on the “must see” list for any visitor to Washington, DC in the 1800s.

Disaster struck in 1877 when a fire destroyed the interior of the main part of the building. It is reported that 80,000 patent models and 600,000 copies of drawings were destroyed. The building was repaired and the Patent Office continued to occupy it until 1932. Today it houses the National Museum of American Art and the National Portrait Gallery.

Shown here are some of the many views of the Patent Office Building in the collection. It was memorialized in drawings and photographs. It was a subject of stereoscopic photographs that rendered it three-dimensional to the viewer. It was reproduced on glass slides. And, sadly, the great fire was featured in drawings in magazines and newspapers around the country.