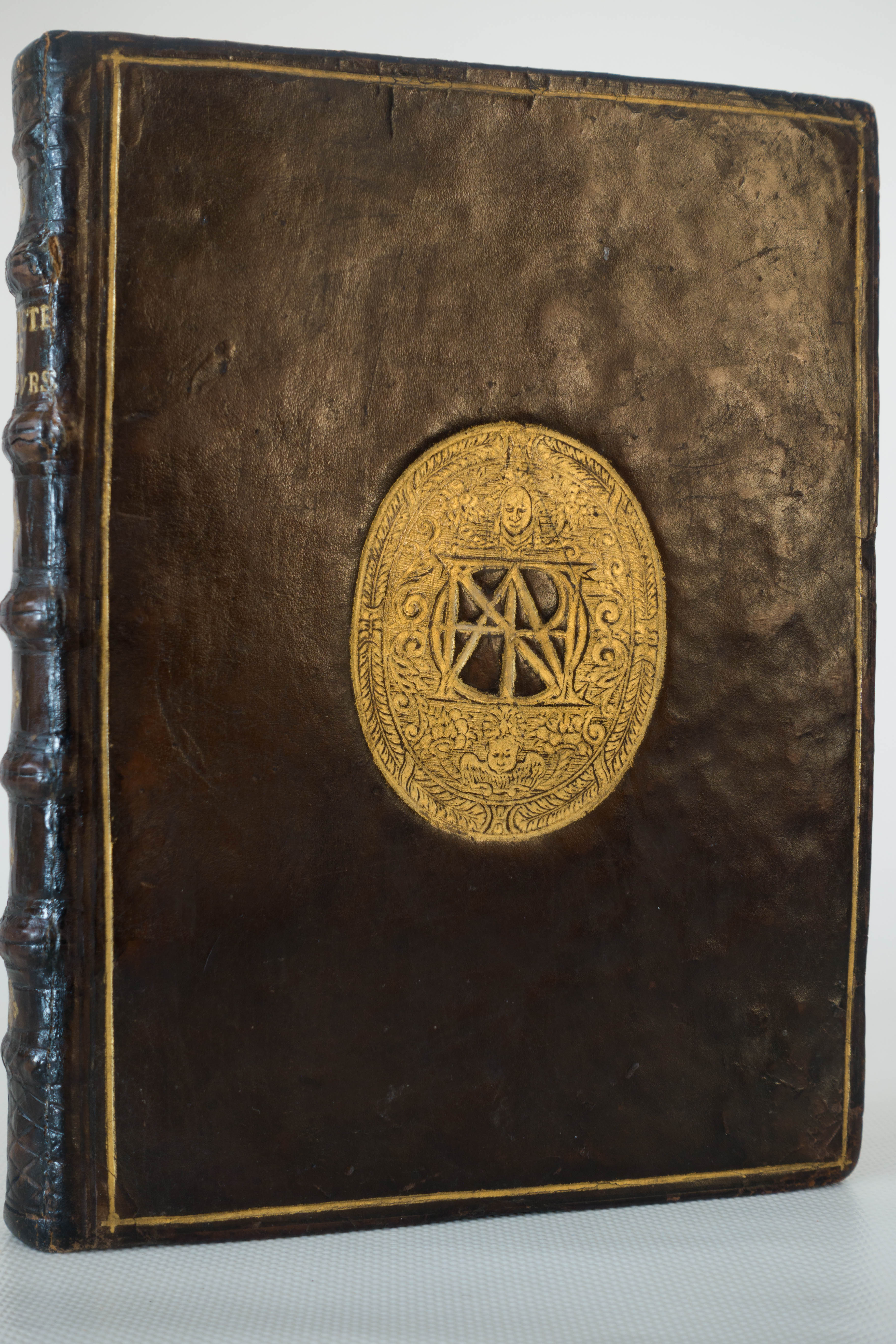 The covers of books often were tooled with gilt in the sixteenth, seventeenth, and eighteenth centuries.  The owner of this volume took exceptional steps in having this volume decorated.  The cover is adorned with the usual renaissance roundel, but in this roundel is an architectural monogram.  The font is based on the alphabet published by Luca Pacioli in his 1509 mathematica treatise De Divina proportione, in which he described the principles of architecture and the ratios underlying the human figure.  The initials are the result of Pacioli’s research on the correct balance in the shapes of the letters of the alphabet.  Unfortunately, we do not know the name of the individual who went to such lengths to indicate that ownership.