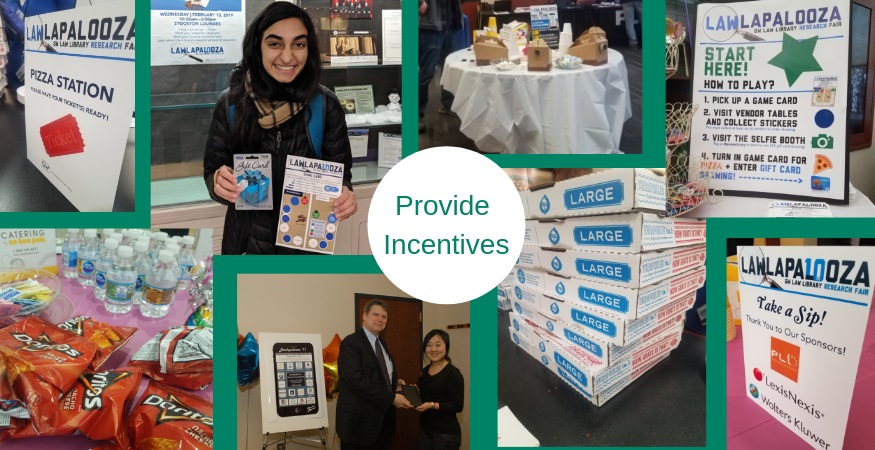 Pizza, prizes, and more! By providing incentives to attendees, we are able to increase both attendance and engagement. Coffee and snacks often draw the unknowing student walking down the corridor into the research fair. Students walking by often ask what is going on? And when they see the game card and learn a little effort and time equals both knowledge and pizza they are willing to commit. Knowledgeable students often encourage friends that participation is worth it.  We've been encouraged to see that upper level students remark that they remember the event from previous years and look forward to it.

Although the food is a draw, we have often witnessed students who were only in it to earn one slice of pizza participate at a higher level and for a longer period then they initially intended. While these incentives may motivate some students to participate, it is encouraging that we hear from many students every year that they do not want the pizza they earned and that they participated primarily to learn something new.

If students commit to going to at least six tables they also get entered into a drawing for a prize.  Originally, we gave away a tablet or Kindle.  In 2016 we started to raffle off gift cards instead, which have been very well received.